Do you have a lead foot? Nearly every driver is guilty of speeding (some more than others). It’s been an issue in America since the invention of the automobile. However, there were not always highway signs in Vermont to dictate what speed was acceptable and legal. 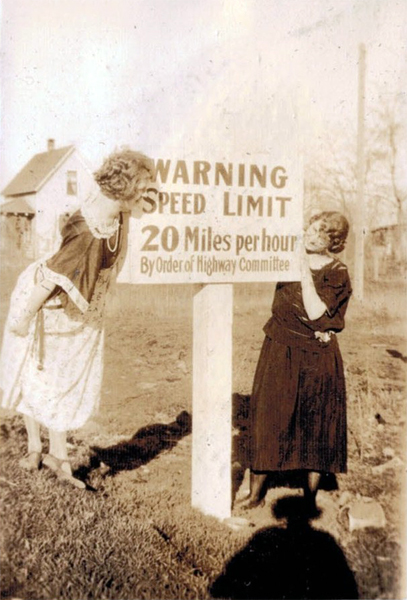 Can you believe the honor system was used at one point? Laws and signage have changed drastically since then. A quick look at the history of speeding and speed signs offers an interesting insight into the development of our current systems. 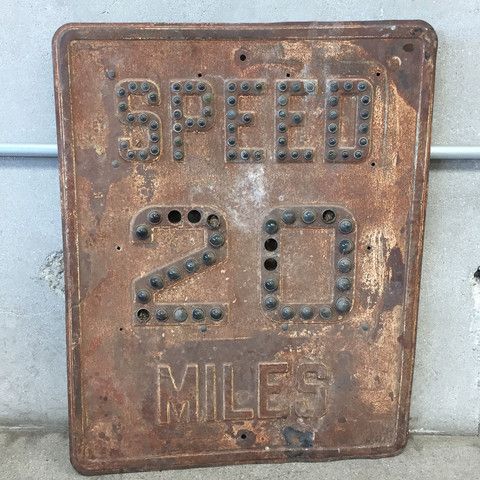 Once upon a time…

The history of speeding and speed limit signs takes us back to 1901. That year saw the first institution of speed limits. The goal of these limits was to reduce traffic accidents and increase safety on the roads.

For a time, states were able to determine individual speed limit laws. However, in the 1970s, the federal speed limit was set at 55 mph. President Nixon signed speed limit mandates into law in 1974. This speed was increased to 65 mph in 1987. Then, less than a decade later, the federal law was repealed and control was once again given over to the states. Since this change in 1995, over half the states have increased speed limits to 70 mph or faster. 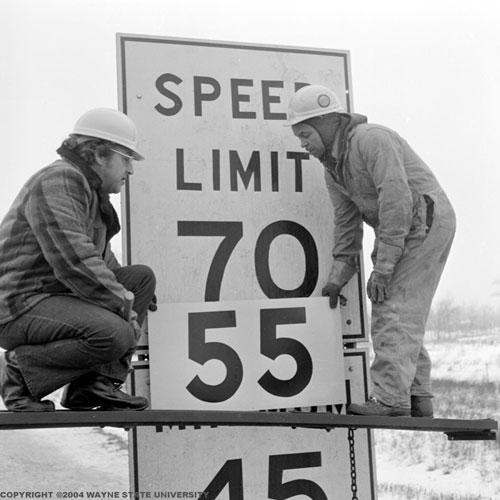 By the end of this decade, speed limit sign design had become fairly standardized. The signs looked a lot like those we see today. They were rectangular, featuring white and black letters and numbers. During the 1940s and beyond, manufacturers experimented with a variety of designs, but this traditional format was nationalized by the time Nixon created the speed limit laws.

The main advancement over the years has been with regards to visibility. While cities were forced to use flood-light projectors or lamps to ensure speed limits signs were visible in the past, new developments in reflective surfaces have made these methods obsolete. Today, speed limit signs are made with highly reflective aluminum, so headlights easily make them visible to drivers.

Speed limit signs are now a common highway sign in Vermont and across the nation. However, speeding still accounts for thousands of deaths each year, and it contributes to one third of fatal car crashes. At Worksafe Traffic Control Industries, we work hard to ensure the roadways are as safe as possible. We produce state-of-the-art technology solutions for highways, construction zones, traffic calming and incident management applications. If you’d like to learn more about the history of road signs, road safety or other related topics, contact our knowledgeable staff today.