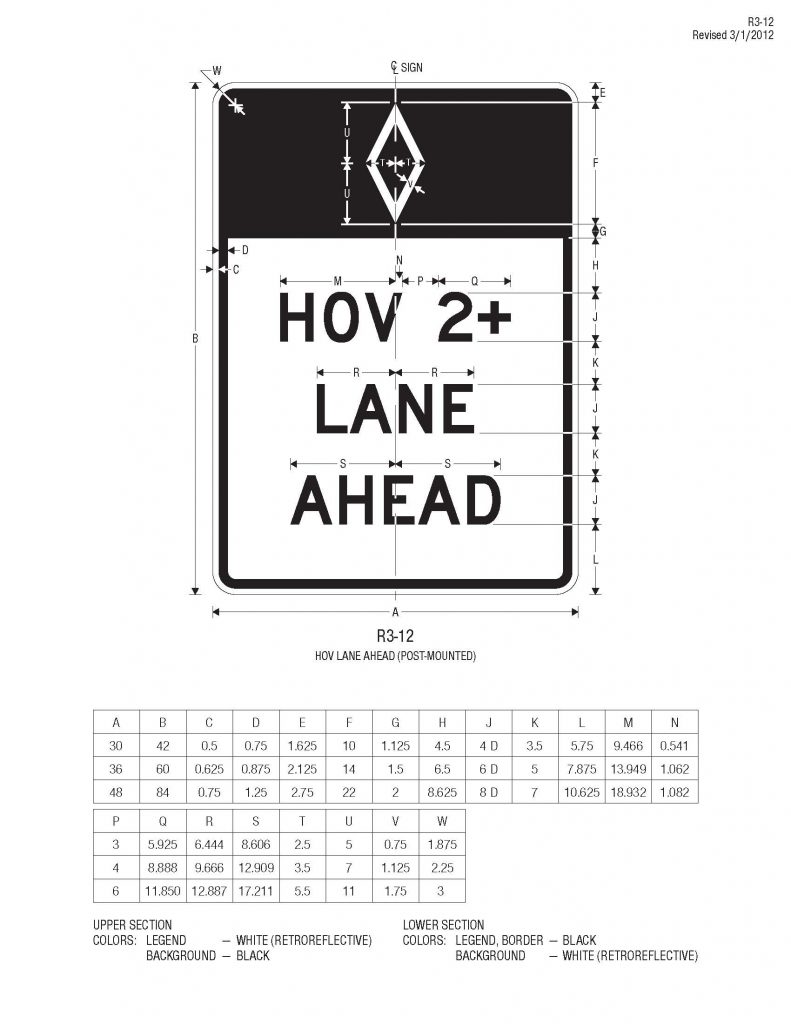 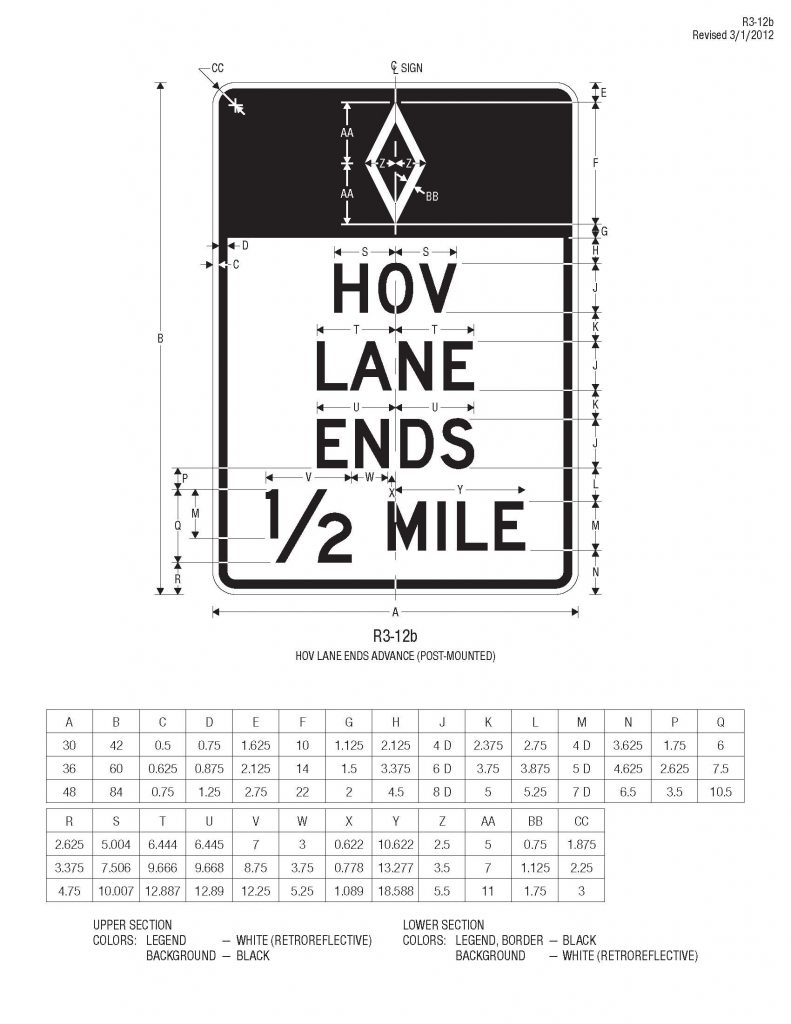 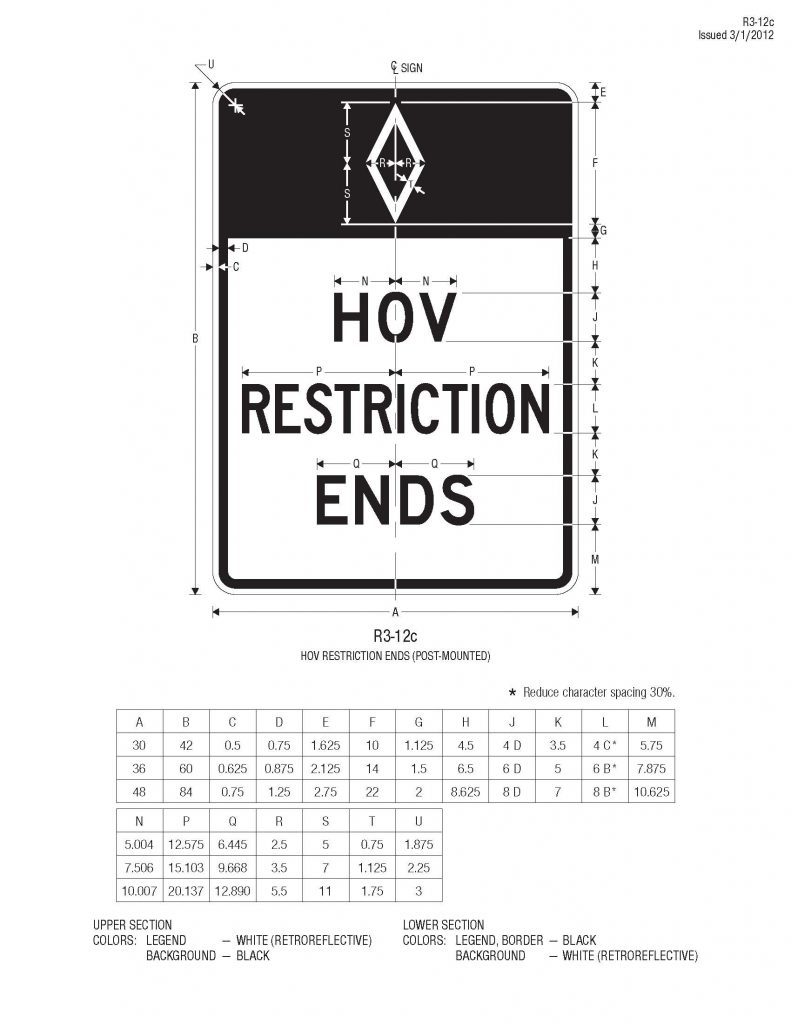 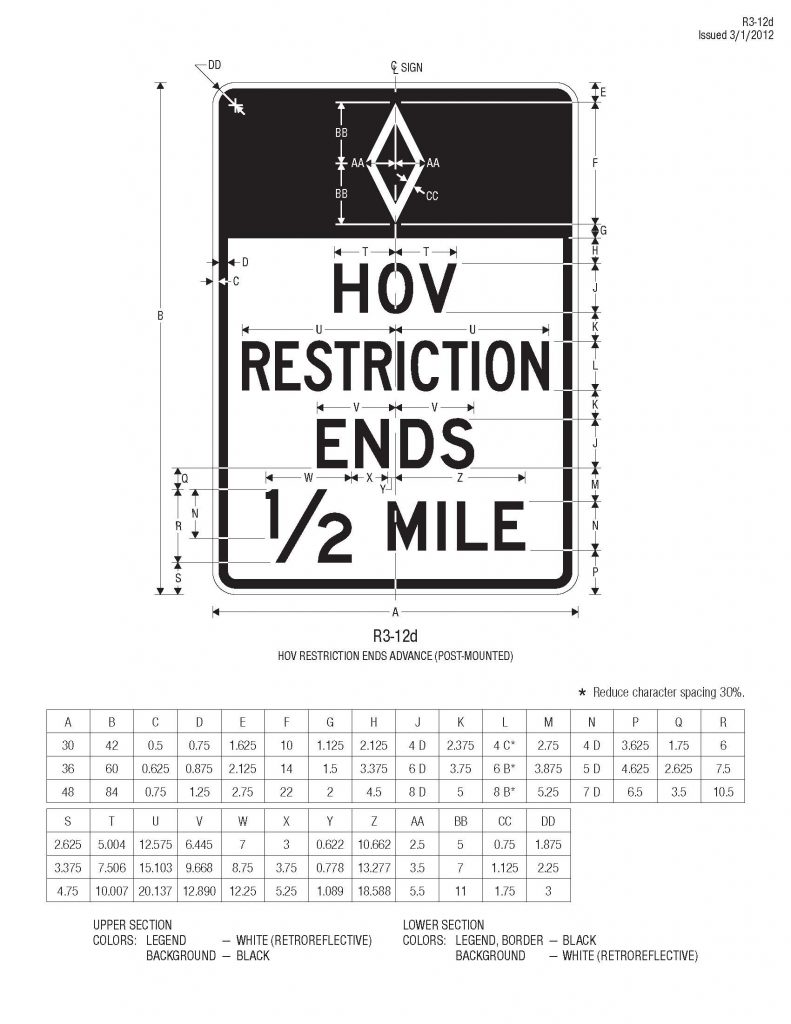 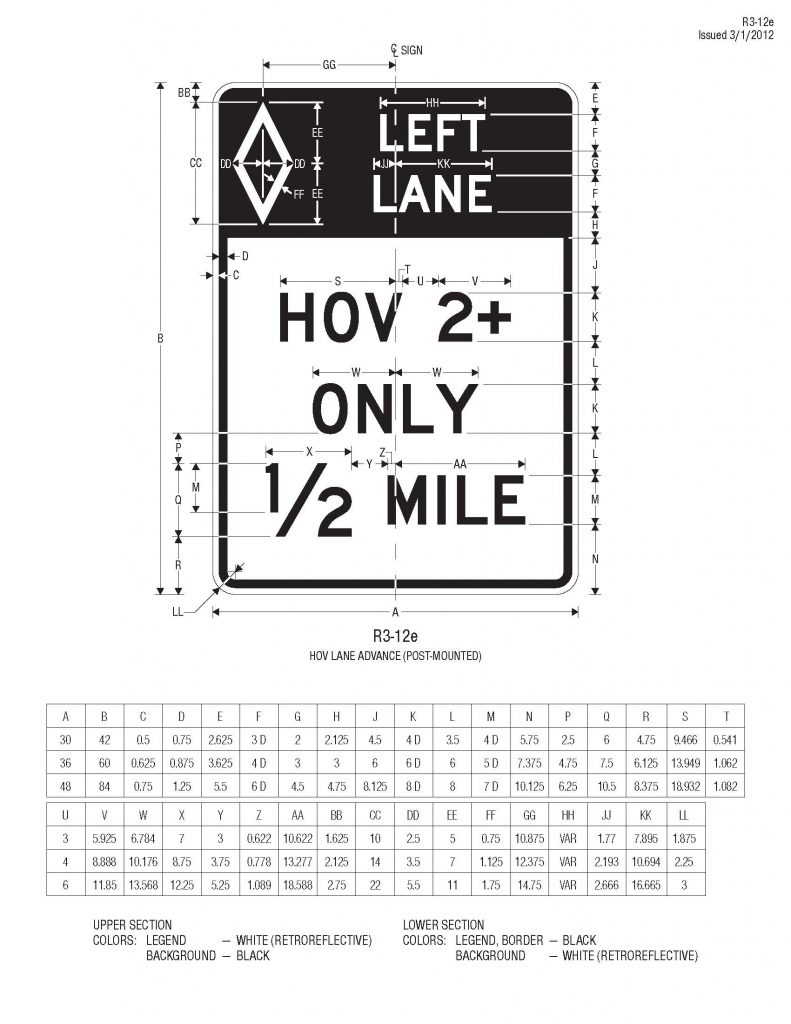 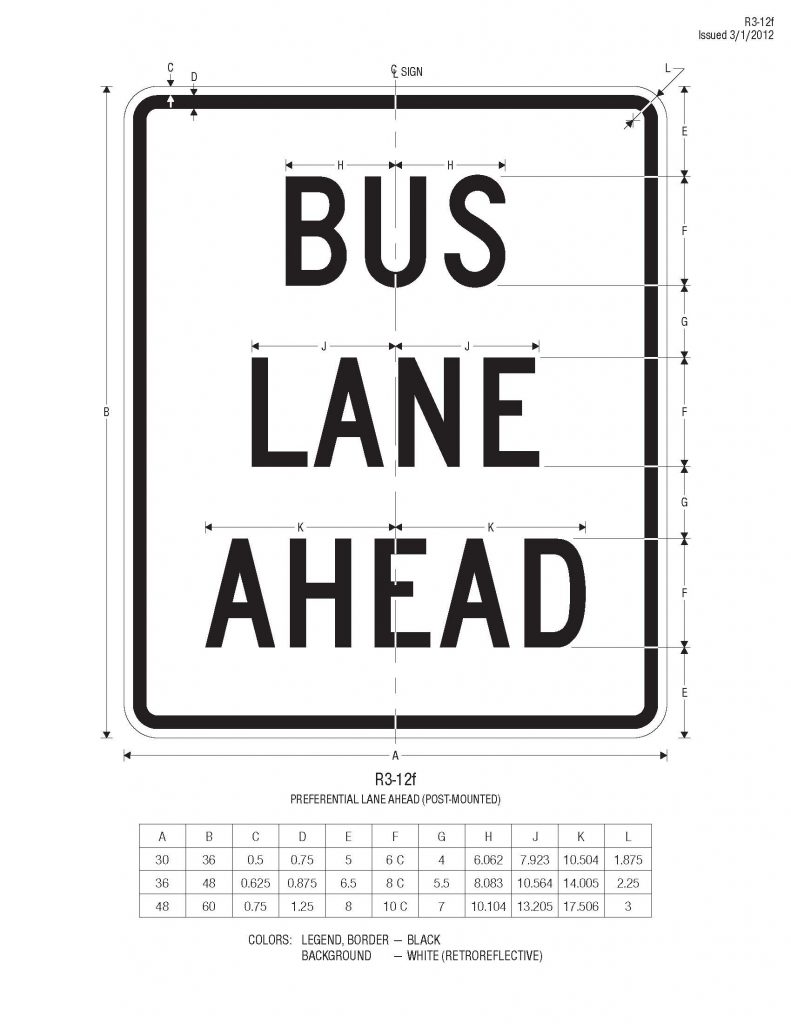 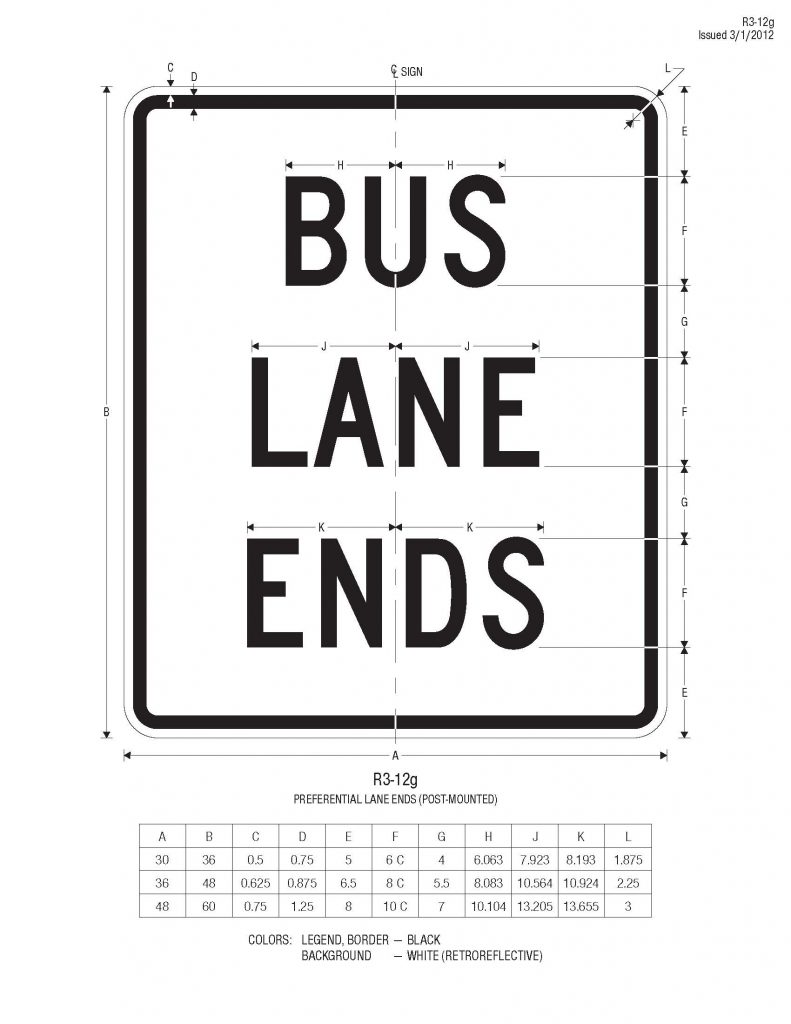 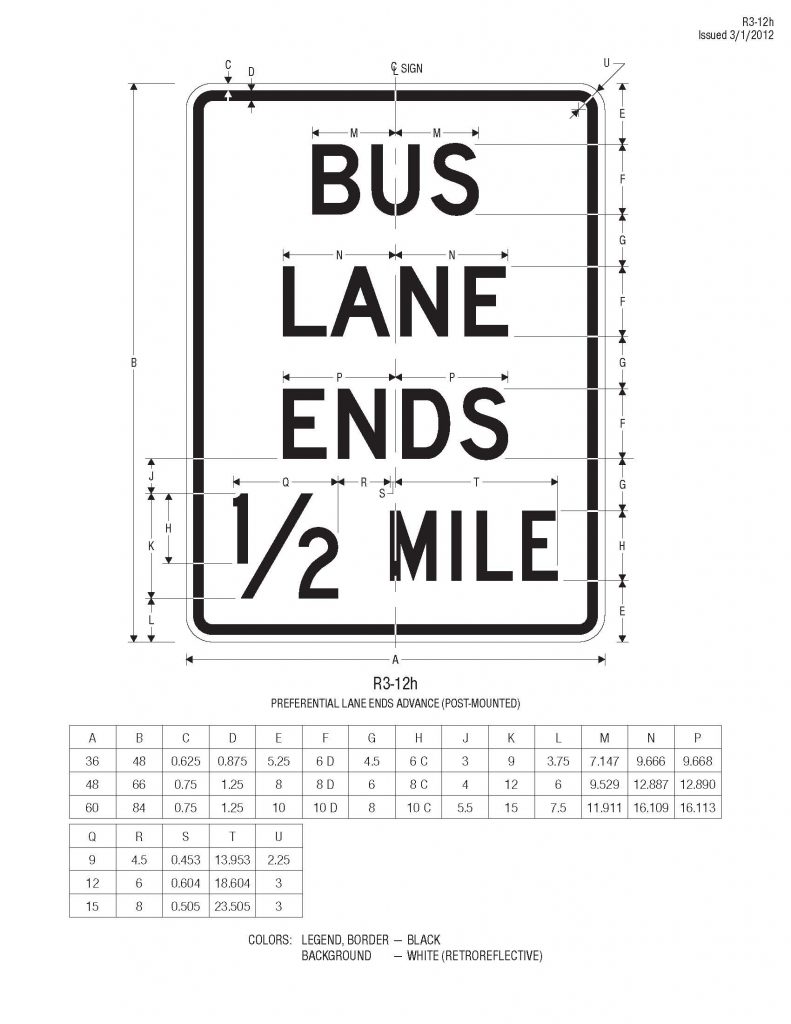 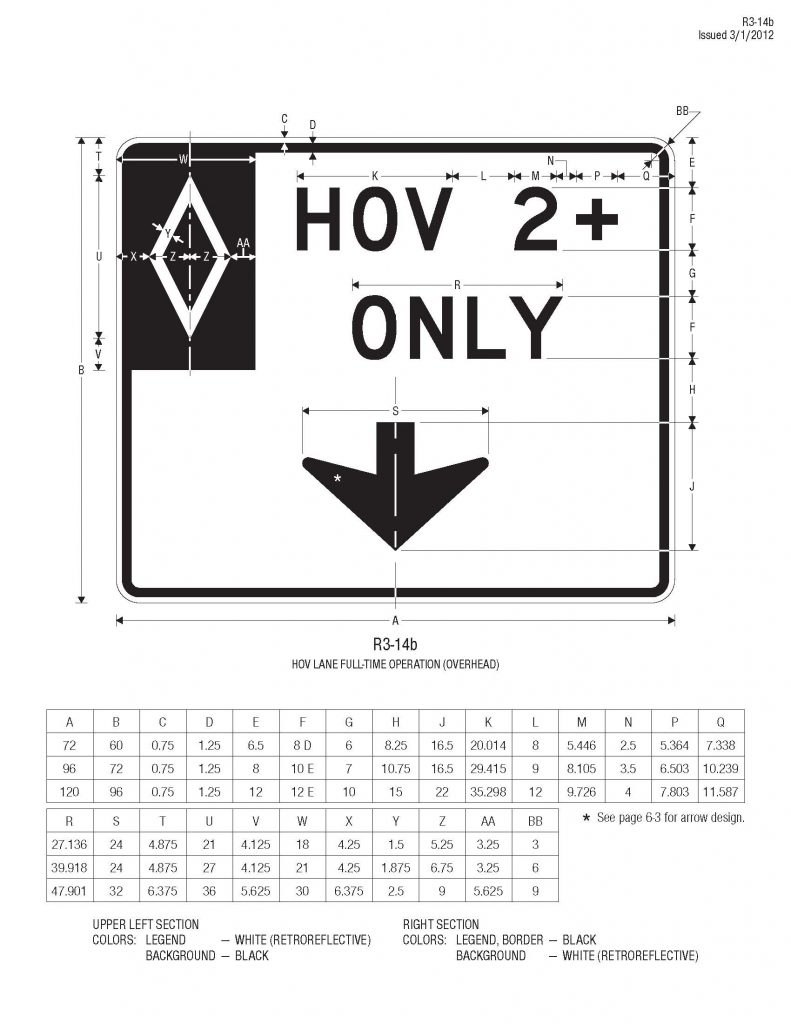 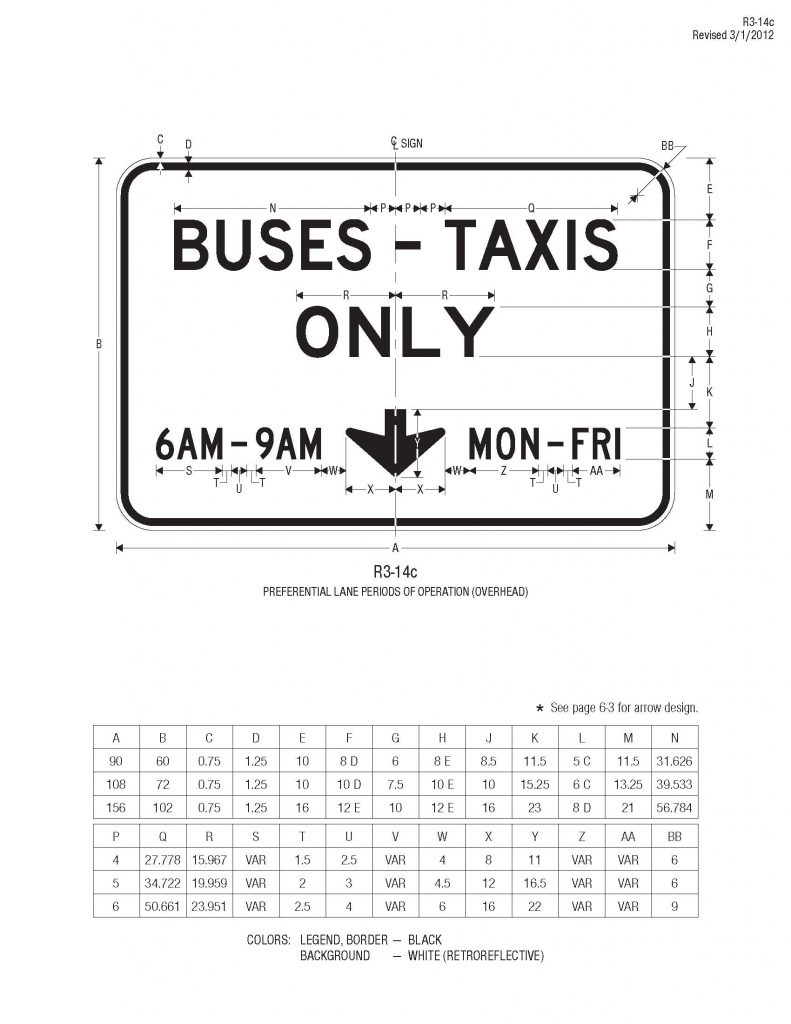 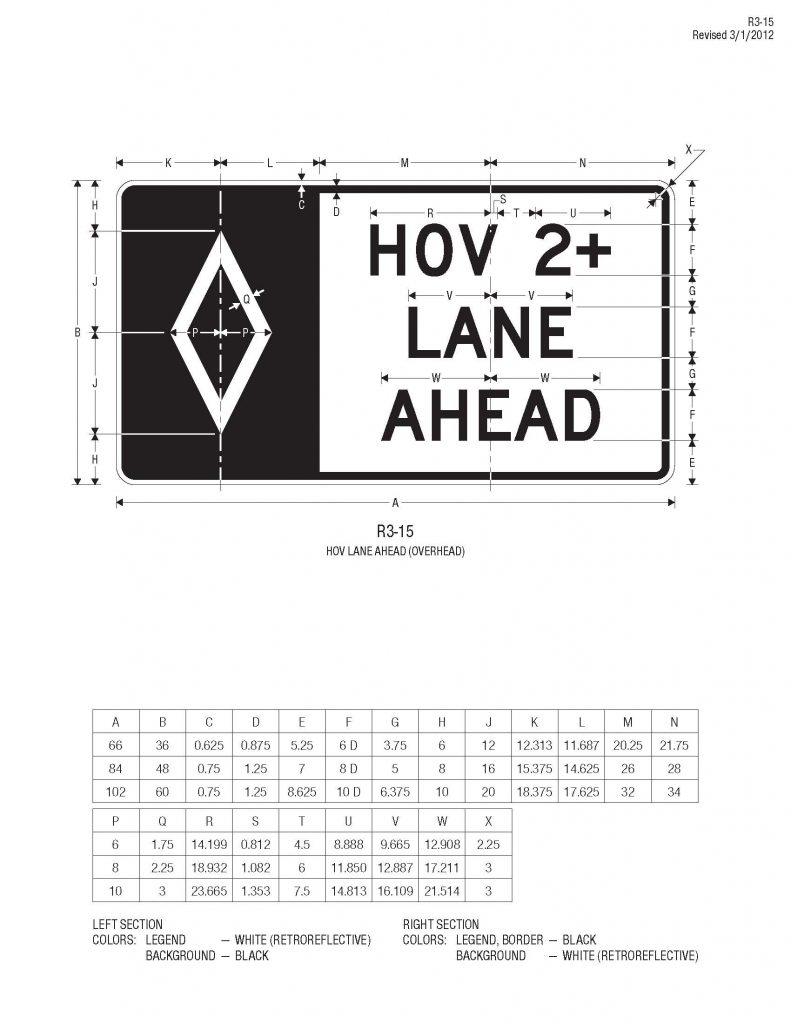 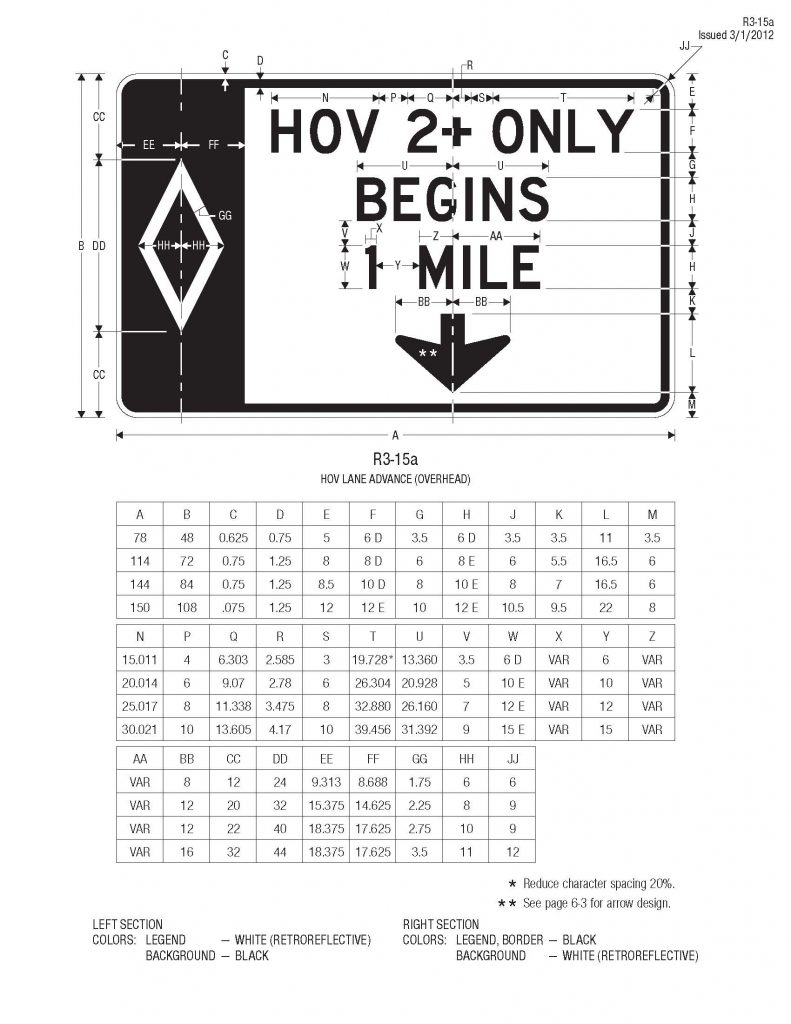 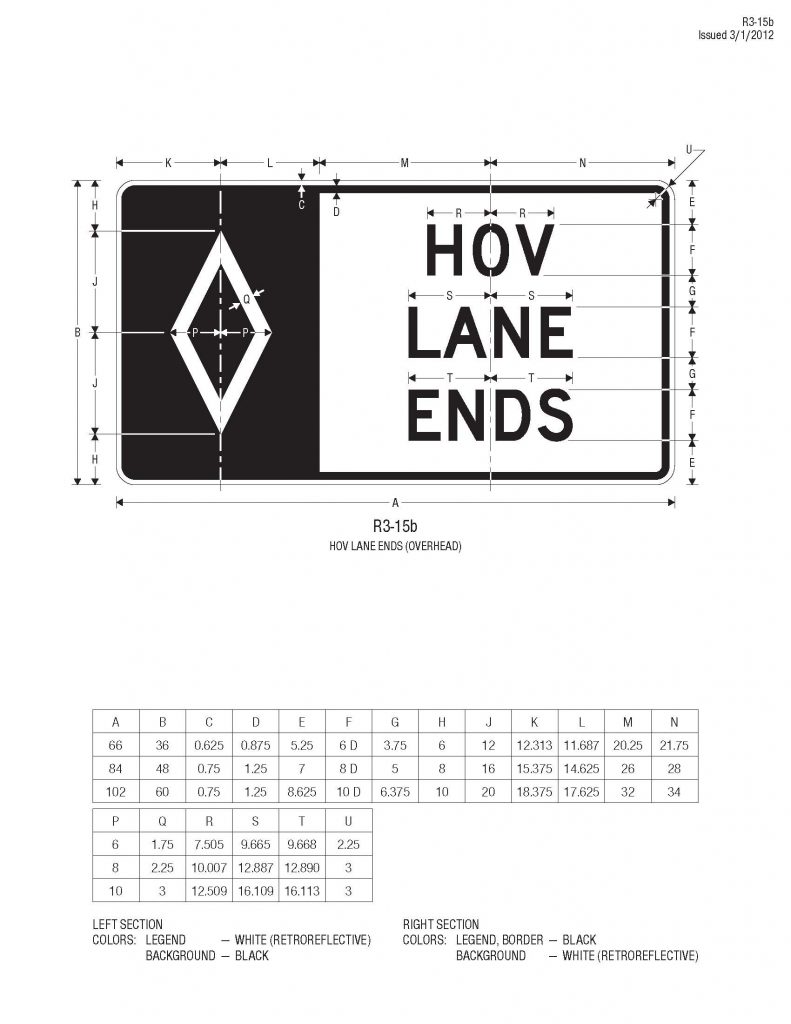 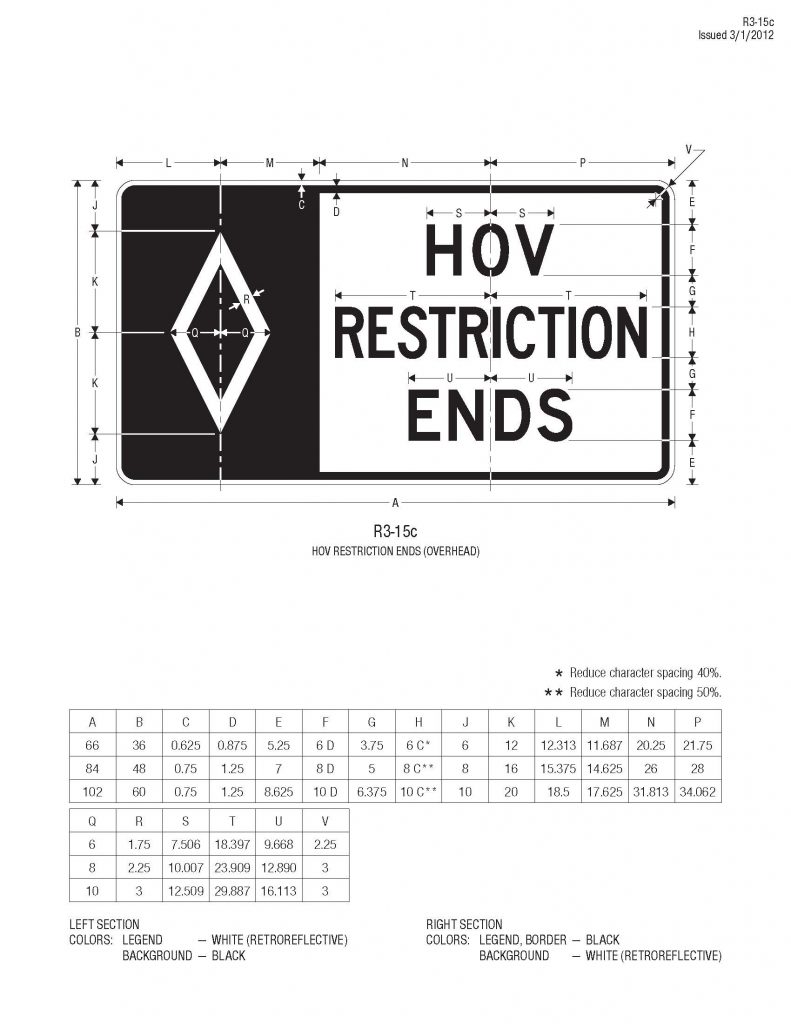 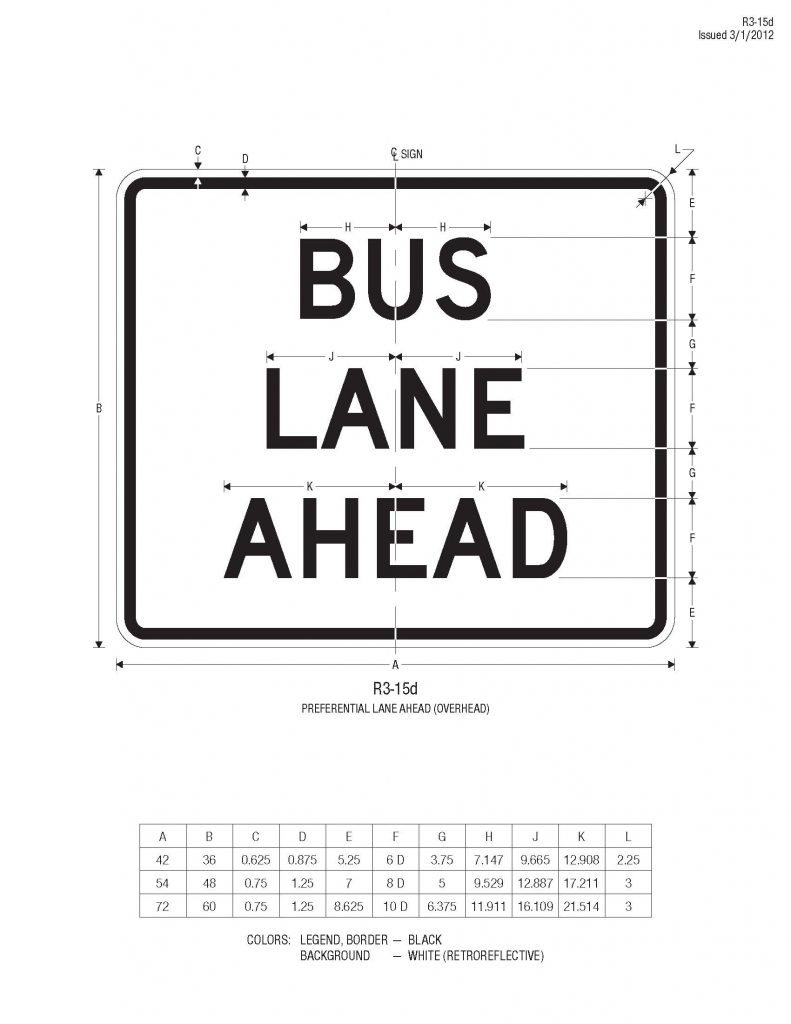 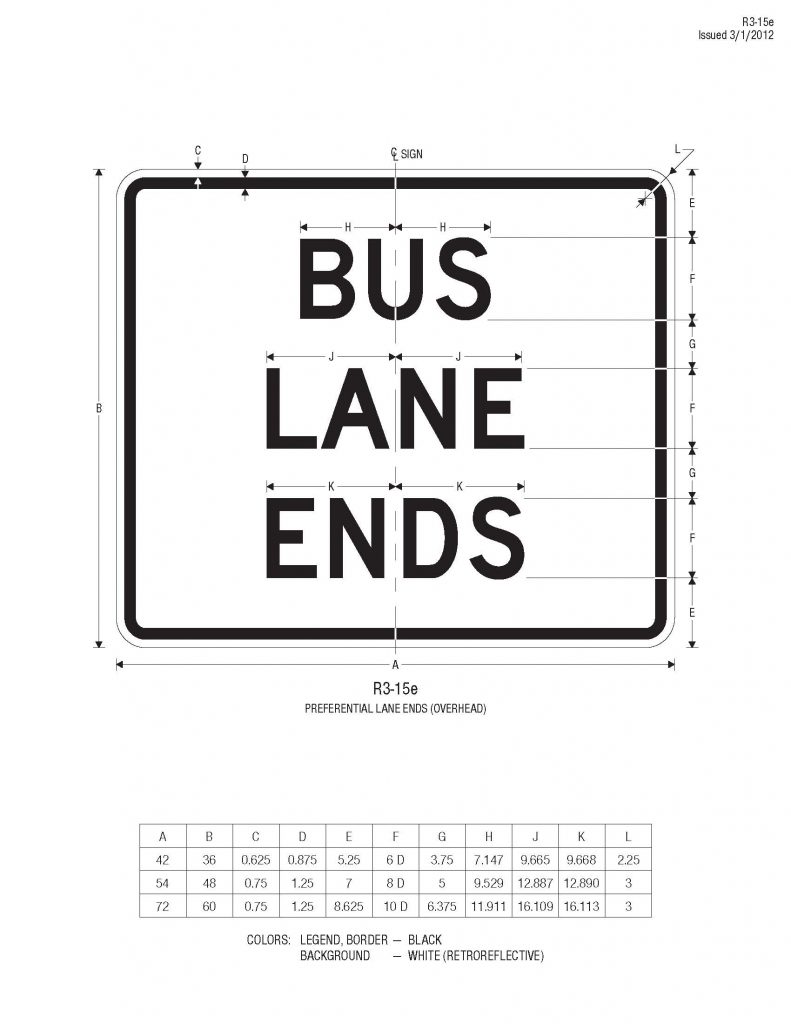 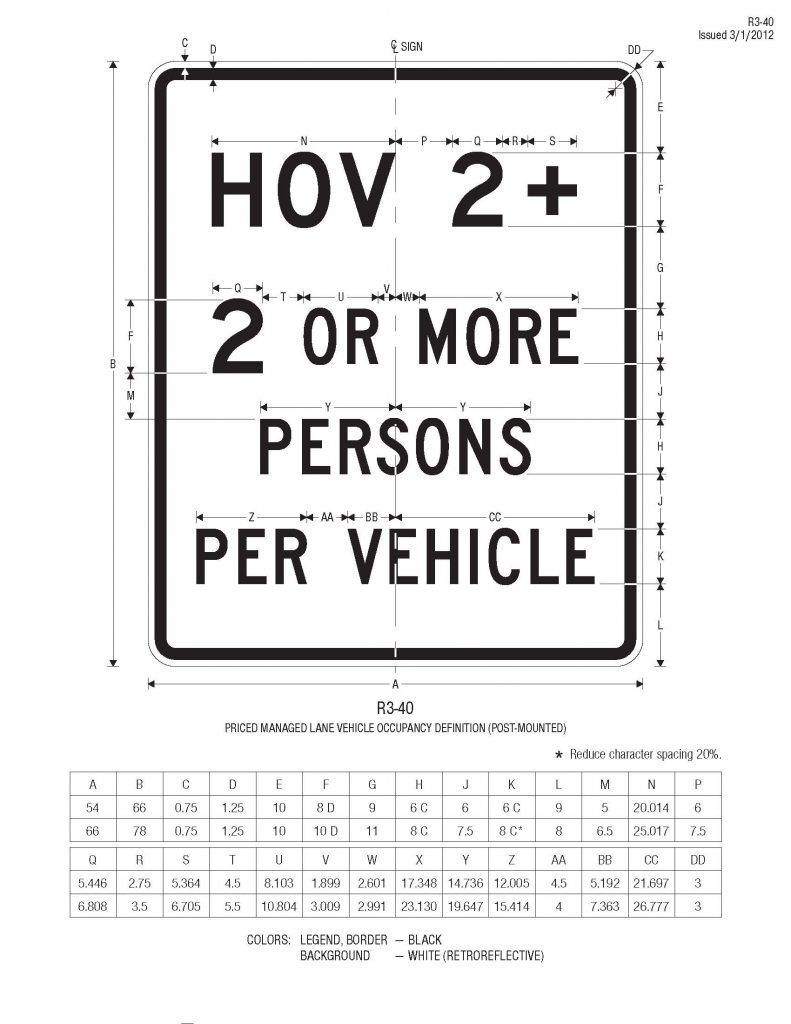 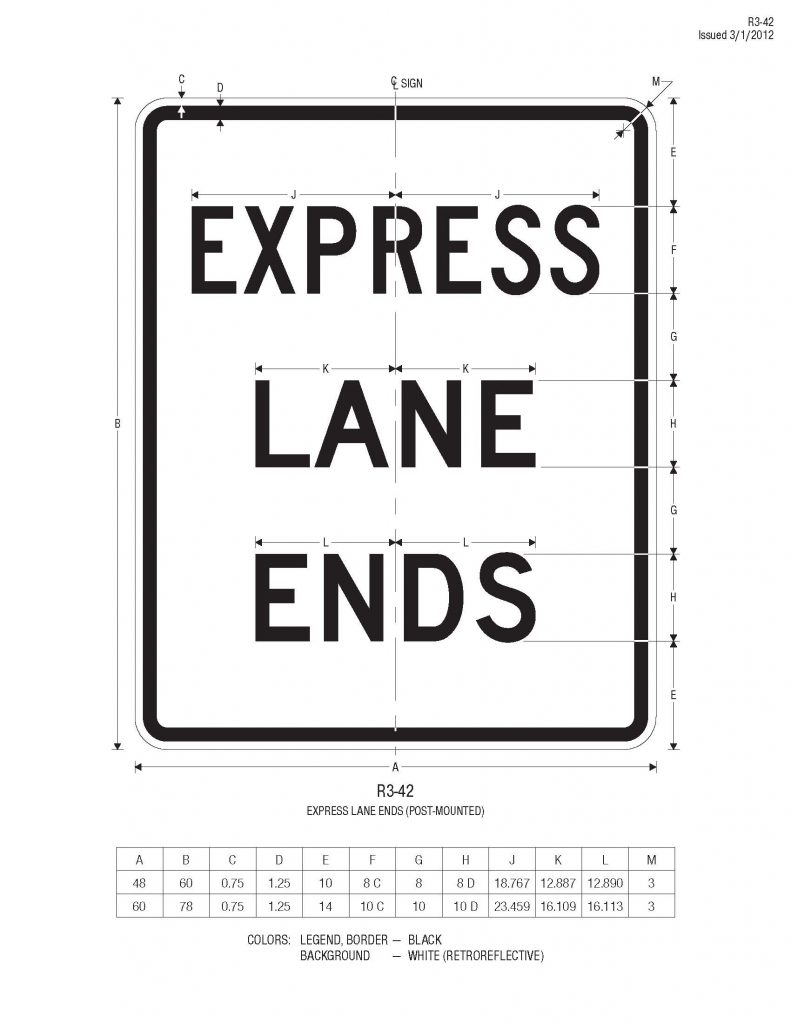 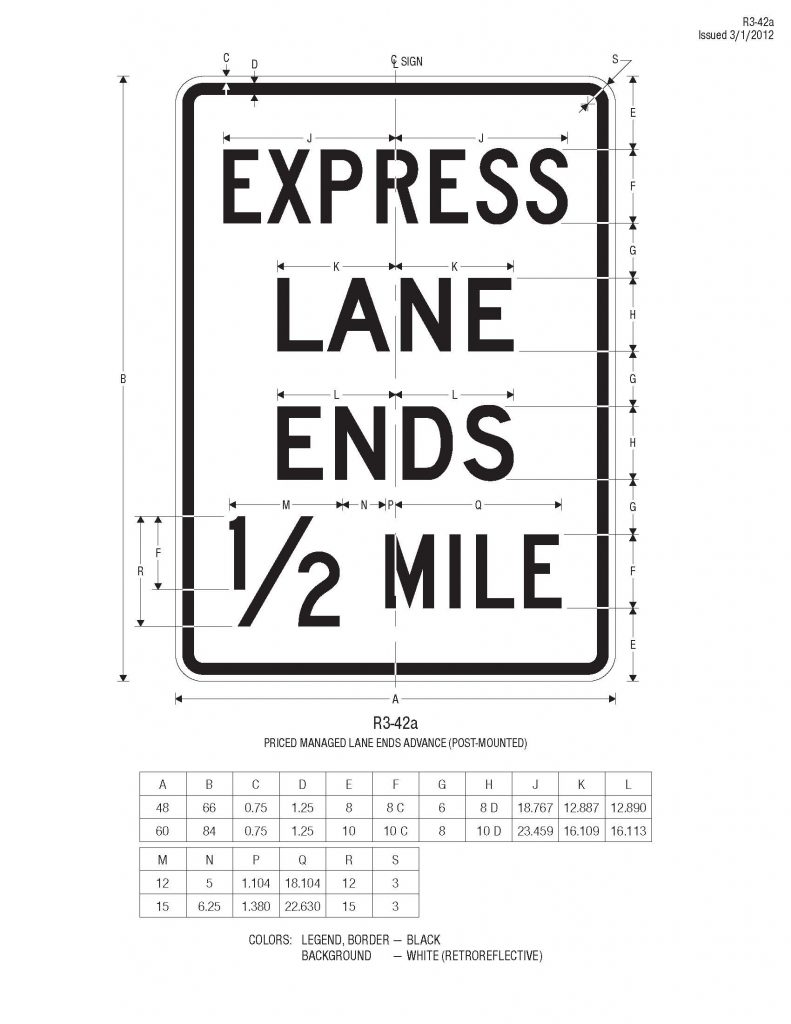 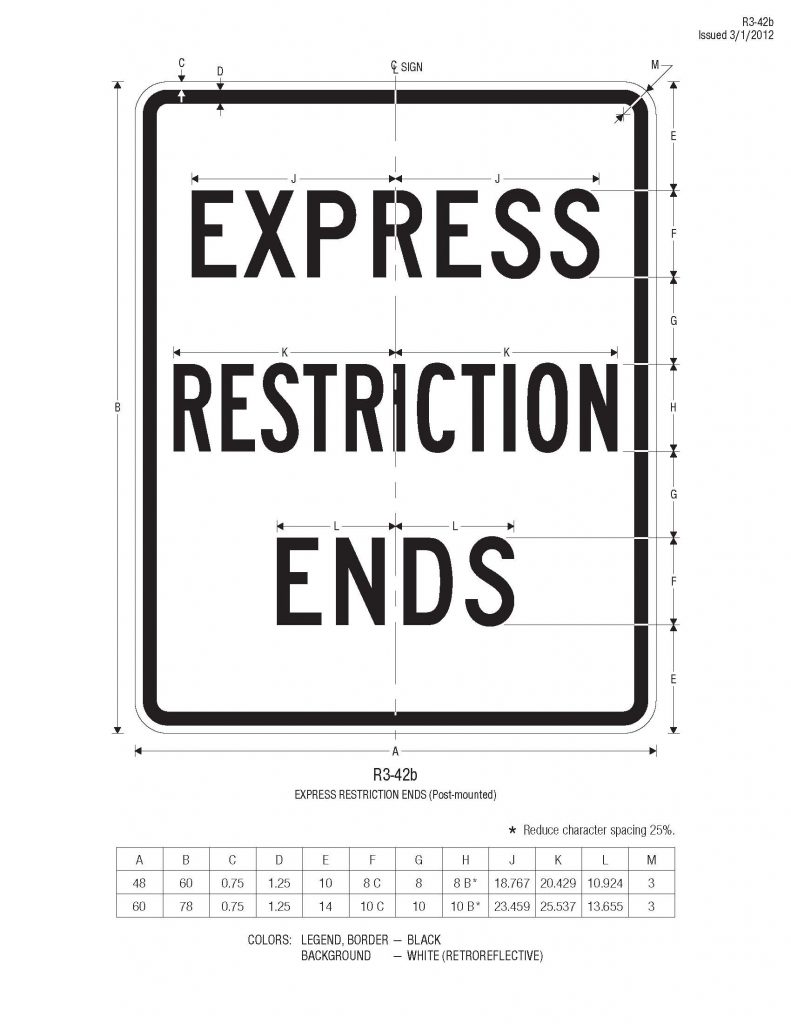 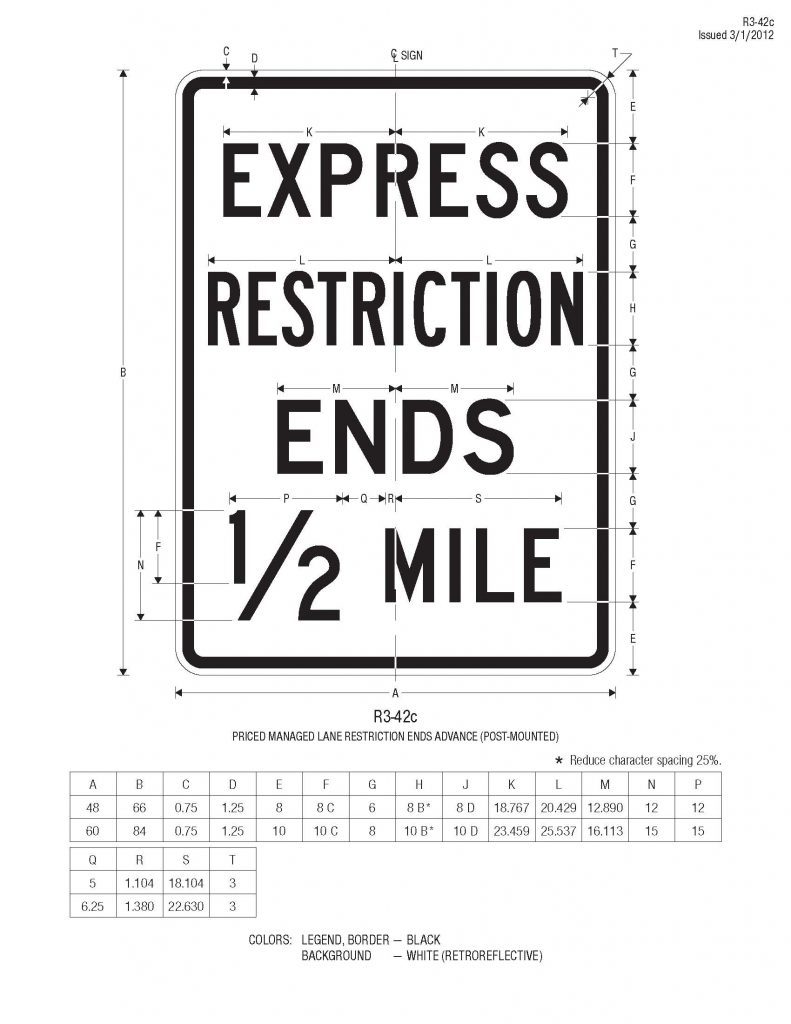 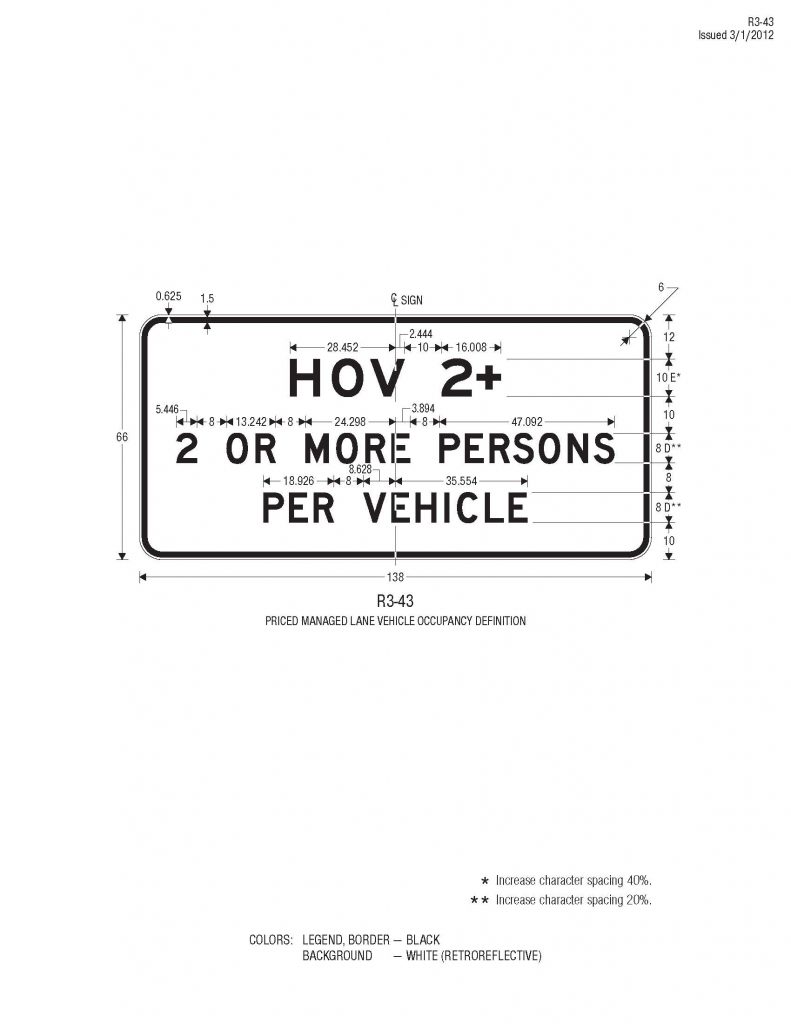 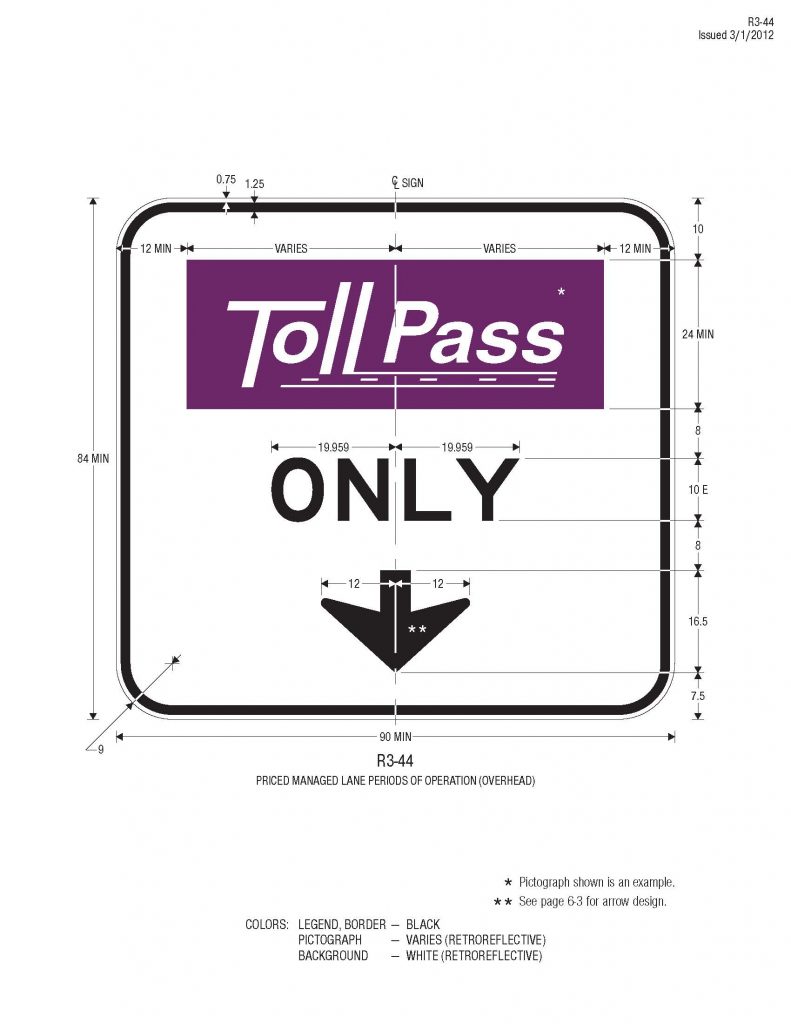 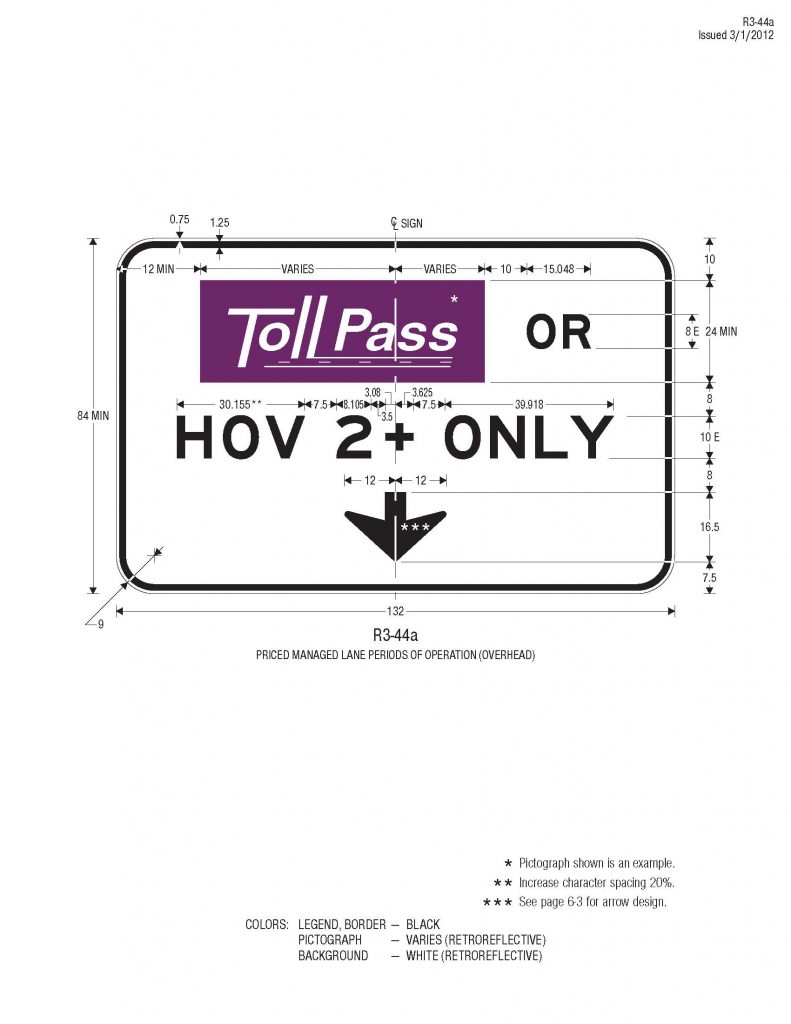 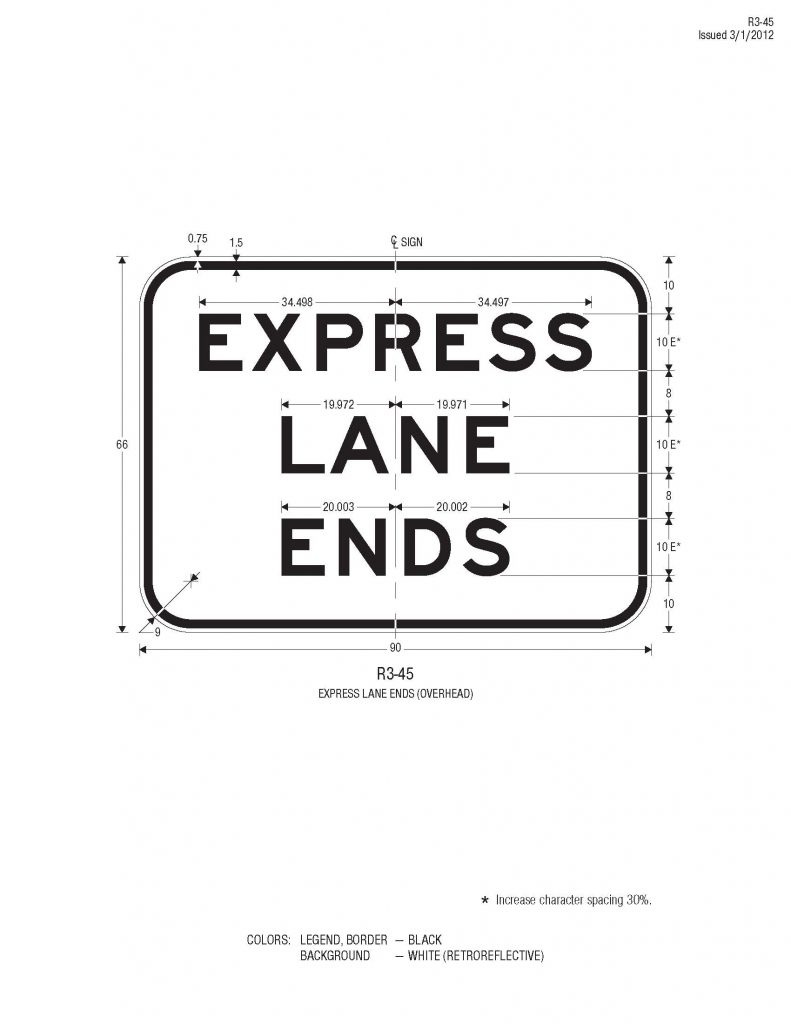 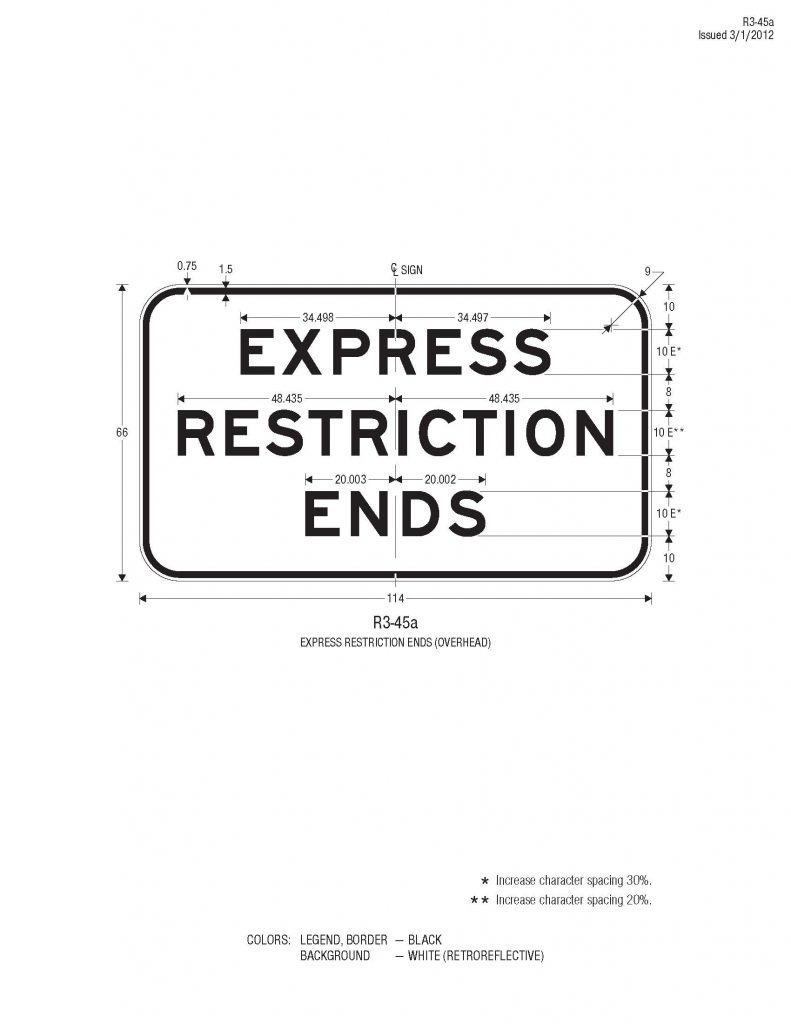 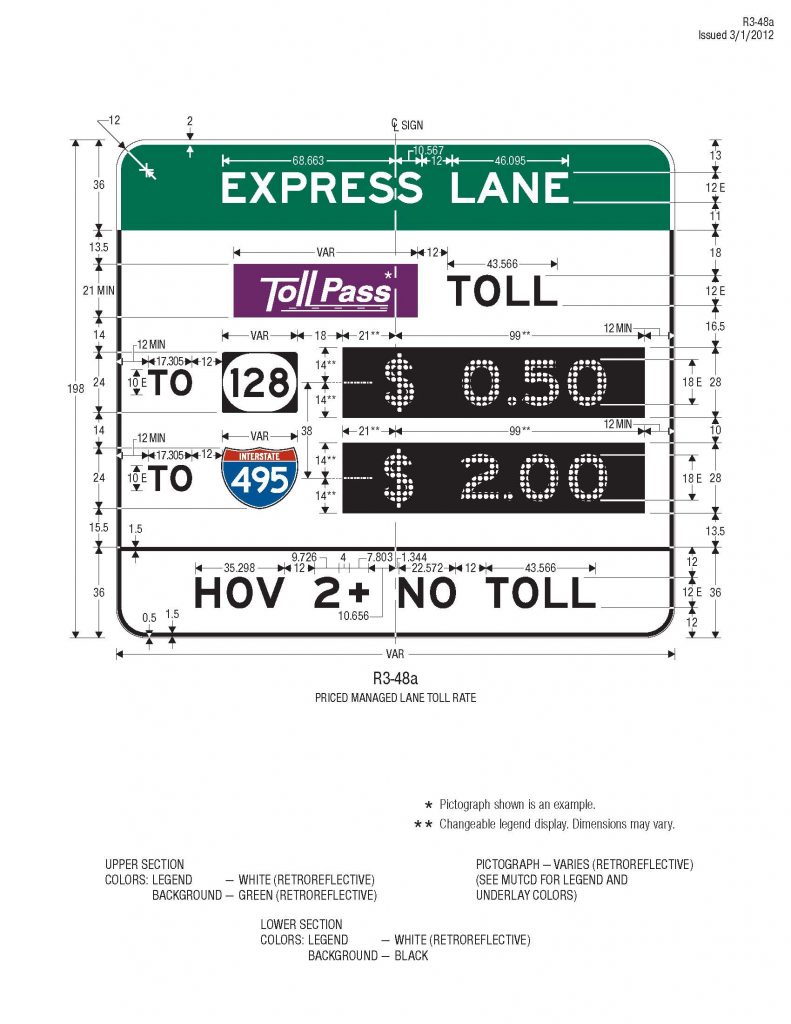 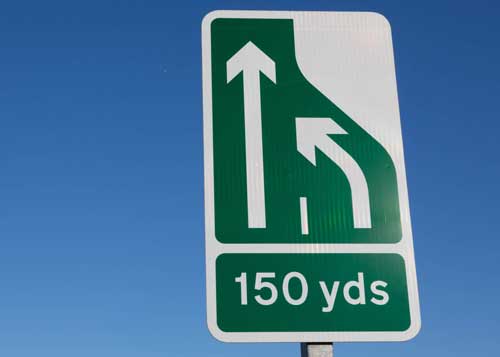 Encountered on highways, freeways, and dense city routes, managed lanes allow for restrictions of traffic or variable tolling, in order to further optimize the traffic flow. These signs are often used to indicate high-occupancy vehicle lanes, high-occupancy toll, reversible, express toll, taxi, and bus lanes, as well as for other traffic including light-rail and bicycles. These are often a limited application of active roadway management systems to a highway’s avenues, rather than the entirety of said highway.

Due to the preferential nature of these lanes, and the high fines often associated when motorists ignore their correct usage, appropriate signage must be available and unambiguous. In many instances, lane striping and marking is necessary as well, to identify the difference in avenue usage. This allows motorists to quickly and easily identify the hierarchy of users established in the scenario, ensuring that they remain compliant, and preventing congestion or vehicle incidents.

What are Managed Lanes? 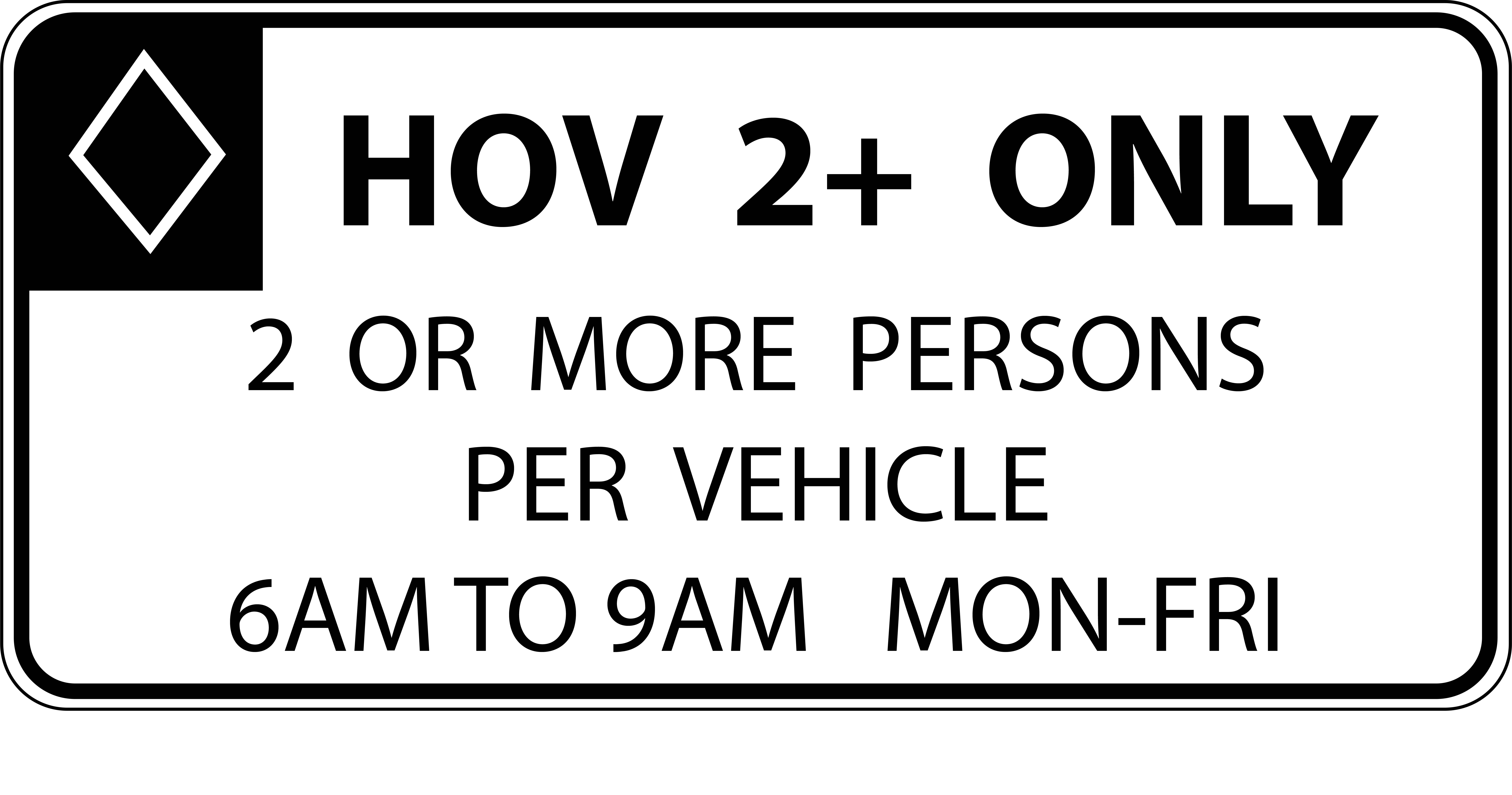 The managed lane can vary slightly from state to state depending upon the agency managing them, but they often contain a few common elements. The United States Federal Highway Administration has described managed lanes as “highway facilities or a set of lanes where operational strategies are proactively implemented and managed in response to changing conditions.” Across the various agency definitions, the managed lane is often one or set of avenues located within the freeway cross-section, separated from the general-purpose avenues. The managing facility often exercises a great deal of operational flexibility so that over time the operation can be actively managed to respond to growth and shifting needs. This is often accomplished through a variety of tools and techniques, such as free-flow speeds. The primary management strategies can often be categorized into three main groups: vehicle eligibility, access control, and pricing.

These may be completely barrier separated, buffer-separated in some instances, and in some cases contiguous, with the traditional line being the only thing separating them from adjacent general-purpose lanes. These may additionally be operated on a 24-hour basis, or on a specific time of day schedule, which is then indicated by the signage present.

Preferential lanes can also be utilized to establish secondary entrances and exits to highway and freeway systems, or even scheduled turning lanes, allowing for a greater dispersal of traffic. Most of these systems employ vehicle eligibility in order to direct the flow, preventing congestion and incidents. 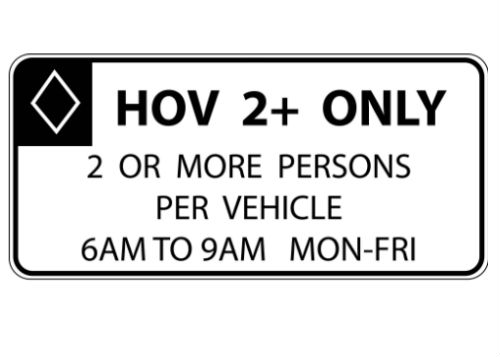 Preferential and managed lane signs often exist or are implemented in response to chronic congestion. When these frequent congestion areas are found to cause significant travel time delays and unreliable trip time calculations, especially in regular occurrences of traffic demand approaching or exceeding the available roadway capacity, the addition of a managed avenue allows for the separation and streamlining of traffic on the roadway.

HOV and bus lanes encourage a reduction of overall congestion density by allotting a prioritized lane to these commuters. Truck avenues, while uncommon throughout the entire US, separate local from commercial traffic on the same roadways. Reversible avenues allow a roadway to adapt to the commuter frequency during the time of day, with the lane in question being employed to flow with the direction that has the greater demand.

These often have to be evaluated and established in conjunction with other management strategies in order to be truly effective. However, when used optimally, they can significantly lower the overall traffic volume on routes otherwise inundated with motorists.

Whether implementing a new managed lane system or replacing existing signage and striping on a highway, it is vital that the signage used is consistent and accurate. Worksafe Traffic Control Industries provides a wide range of signage and striping materials that are MUTCD-certified and NCHRP 350 compliant to the Northeast United States. If you need to replace your department’s signs, or have questions on the ideal signage, contact us today for more information. We are dedicated to providing you the best quality signs quickly, with a seven-day turnaround on most orders placed with us.