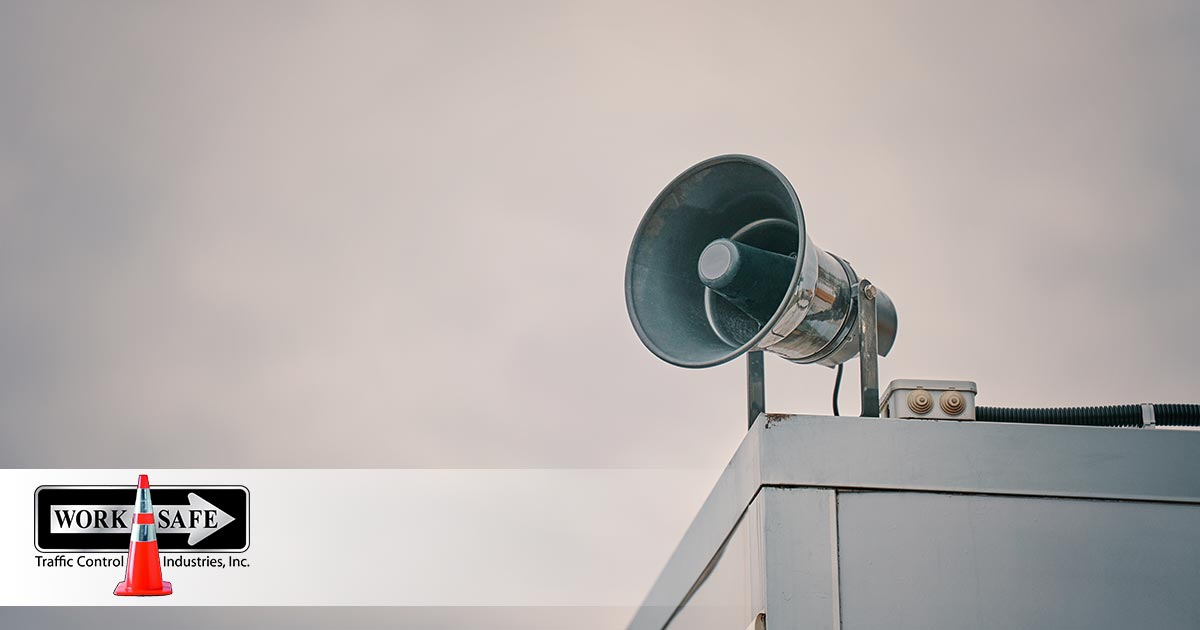 Early Warning Systems are a key component in preventing pandemics, natural disasters, and other crises. They can help identify threats before they become real problems and help communities prepare for the worst-case scenario. While they are not foolproof, they are an essential part of a comprehensive approach to keeping people safe.

In this article, Worksafe Traffic Control will cover the four key components of early warning systems:

In addition, early warning systems help to identify risks through risk knowledge. When a threat is identified and analyzed, it can be monitored over time to determine if there is an increase in the probability of occurrence. The data collected will then be used for prediction purposes so that precautions can be taken before the event occurs.

Monitoring and warning services are another core of an early warning system. These services include monitoring and communication elements that can detect potential threats, alert the public and officials in time to respond, and provide information on how to prepare for or mitigate the effects of natural disasters.

The analysis process should be able to determine whether or not an event is likely to occur, as well as its location and magnitude. The data used during analysis should be made available to the public through safety alerts, so they have enough time to prepare for or mitigate any damage caused by these events.

This component requires that analysts who are part of an EWS be trained to identify potential threats. They must be able to evaluate the likelihood that a threat will occur, as well as its severity if it does occur. The analysts should also have experience analyzing data, so they know how much weight to give each piece of information they find when evaluating a potential threat.

The safety alert component allows individuals living in affected areas time to prepare for a potential hazard or threat. These alerts can include evacuating an area or taking shelter until the hazard has passed. Safety alerts may also include instructions on how people should respond once they have received their safety alert message.

This component includes timely warnings issued by an authorized source and communicated to relevant authorities and the public. The importance of dissemination and communication is clear in the context of early warning systems. The public’s ability to prepare for and survive natural catastrophes depends on their knowledge of when and where those disasters are likely to strike.

Emergency management signs, which comprises all the roadway placards used to direct and control highway traffic in the event of any emergency, is an example of an early warning system. They are a great way to disseminate and communicate important information to the public. They are used in many different ways, such as evacuation routes, shelter locations, etc. Companies like Work Safe Traffic Control Industries, Inc. are authorized to make these signs because they adhere to the regulations and standards set out by the Model Uniform Traffic Code.

The response capability of an early warning system is its ability to provide timely alerts and warnings, as well as accurate and precise information about impending or ongoing disasters. These alerts are sent through various channels, such as radio broadcasts and smartphone apps.

Natural catastrophes like earthquakes and floods, as well as man-made disasters like terrorist attacks, necessitate a response capability that includes the distribution of information on how to mitigate damage.

Community-based emergency plans are triggered when warnings are issued in response to natural or man-made disasters. These plans are created by the community and include information on evacuation routes, safe shelters, and other ways to minimize the impact of natural disasters on lives and livelihoods.

For more information on early warning systems, contact us.