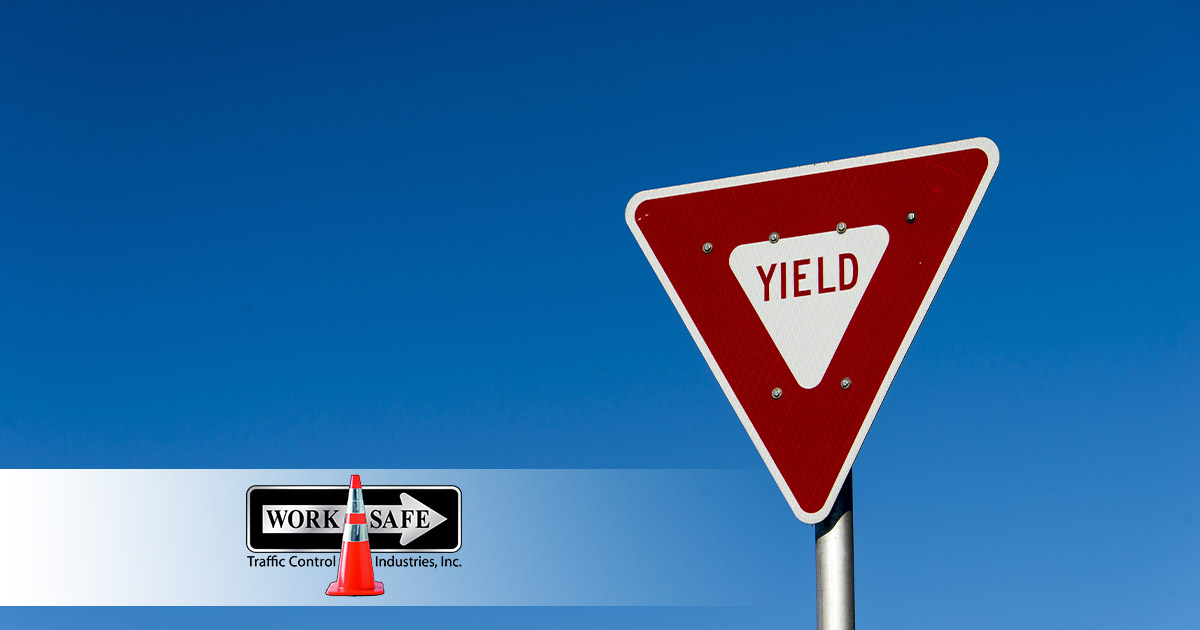 You may never have thought about the shapes of traffic signs as you drive along the highway, but there is actually considerable significance to the specific shape that each sign has been constructed in. For instance, an octagonal sign always means Stop, and that makes it easily identifiable, along with the striking red coloration.

Other classes of placards have particular shapes assigned to them as well, and this is for a reason. Even when a driver can’t immediately see the wording or symbol expressed on a road placard, the shape and color will always be visible, and both these factors will help to identify the type of sign it is. Knowing the type of placard you see up ahead can give you a bit more time to react, so that when you do see the wording or symbols, you will be prepared to take the appropriate action.

In some cases, shapes of placards are limited to one specific kind of traffic instruction, and one only. This is true of the octagonally-shaped Stop sign, which has a single meaning, as well as the inverted triangle, which likewise has a single meaning. Other shapes of indicators can convey a number of different messages depending on their specific shapes.

For instance, diamond-shaped placards will generally warn about potential hazards in the roadway up ahead. Round-shaped road signs are often used to alert drivers to railroads up ahead. Pentagon-shaped placards will alert you to the fact that you’re about to enter a school zone. Vertical rectangle placards usually inform drivers about local regulations like speed limits. Signs which are horizontal rectangles provide various types of guidance to drivers, and have a fairly broad kind of usage in terms of the meaning they will convey to motorists.

What Does a Triangle Shape Mean on Road Signs?

Triangle-shaped signs which you see along roadways will always mean Yield, and they are easily identifiable, because they’re always upside down, with the point of the triangle pointing toward the ground. All sides of the triangle are equal, and the placard will generally either be colored red or white with a red border, so as to quickly get your attention. Triangle-shaped placards are not used for any other type of traffic message, so whenever you see one anywhere, you can expect that you will be required to yield right-of-way to other drivers ahead.

Has it Always Had this Meaning?

The inverted triangle sign has been in use around the world since 1925, when it was first installed along German highways, but at that time it did not carry its current meaning of Yield. Here in the United States, the first actual yield sign was installed in Tulsa, Oklahoma in 1950, with its design being provided by a city police officer. Although the original design was closer to a keystone shape, the placard itself was improved and enhanced in later versions, and eventually came to be the inverted equilateral triangle which we recognize today as the Yield placard. 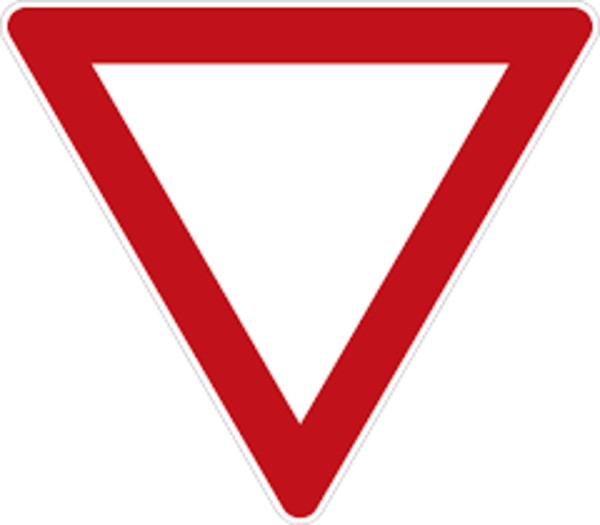 What should a Driver do when they see this Sign?

Whenever you see a Yield sign, it means you should allow other drivers to go first, and you will generally see these types of placards emplaced at intersections, since that’s where right-of-way issues generally arise. Drivers approaching an intersection with no guidance as to which vehicle should proceed through the intersection first, would be left to their own judgment about right-of-way.

That’s why it’s important to have Yield indicators in place to provide some direction about who should have right-of-way at any given area. When you’re approaching an intersection and you see a Yield sign, you should prepare yourself to give other drivers the right-of-way up ahead. You should also be on the lookout for any pedestrians who might be crossing the street, or any bicyclists who may happen to be using the roadways alongside you.

When your community needs triangle signs or any other kind of traffic control placard, the place to order them from is Worksafe Traffic Control Industries. We have every kind of placard you might need, or we can have it quickly constructed, to satisfy whatever kind of traffic control needs you may have. Contact us today with any inquiries you might have about our products, or to place an order for high-quality road indicators, supporting hardware, or accessories.