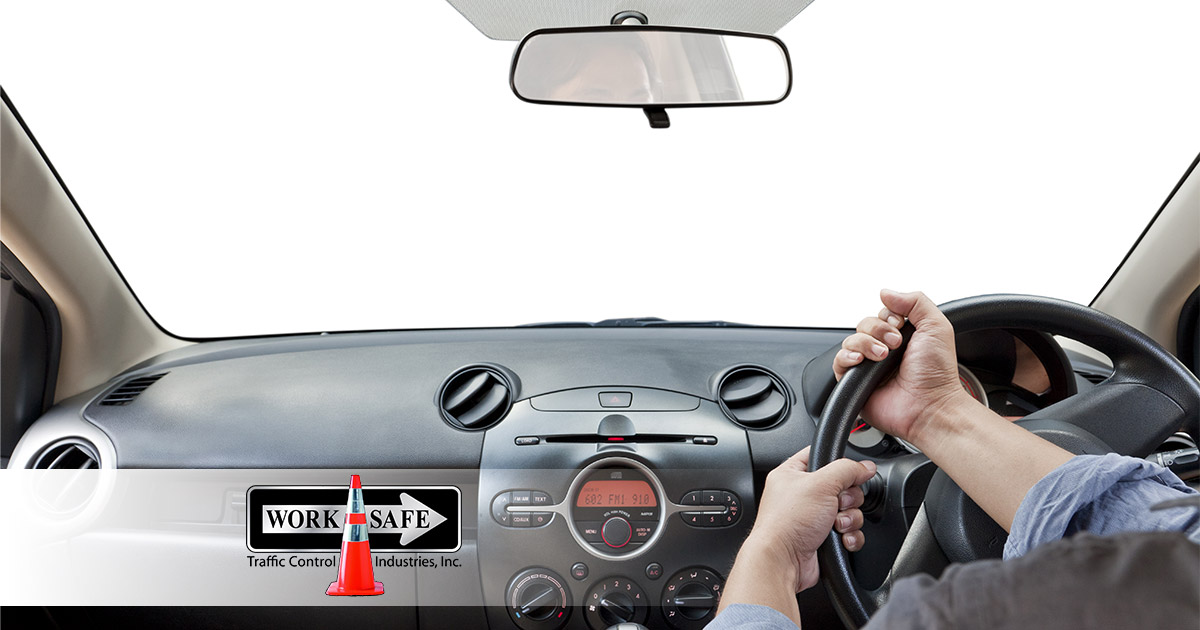 One of the most fundamental elements of traffic is which side of the road a person drives on. Here in the United States, most people take this rule of the road for granted. It’s as normal to Americans as apple pie and the flag. However when traveling overseas, many accidents can occur because people are unaware that some countries don’t drive on the same side of the street as we do.

How Many Countries Drive on the Left Side of the Road?

Most countries in the world, a total of 165, drive on the right-hand side of the street, while the remaining 75 drive on the left. In countries that do drive on the left, cars are naturally manufactured to be mirrored so that the driver is still on the side closest to the center of the road.
L
It’s a complete reversal of how the United States operates. The United States began driving on the right-hand side of the road in the late 1700s, while operating horse-drawn wagons and carriages. The freight wagon drivers would generally sit on the left-hand side to keep the whip in the right hand to direct the team. These wagons needed to pass each other on the left to ensure that the wheels didn’t get entangled. Ultimately, right-hand traffic became the norm, with laws passed to maintain the rule of the road.

What are Some of the Largest Countries That Do This?

Of the 75 countries, many are currently part of the British Empire, or were at one time, including England, Australia, Ireland, Jamaica and New Zealand. Japan and Hong Kong also drive on the lefthand side of the street. Canada, one of the largest countries in the world historically drove on the left but started driving on the right to match the United States in order to make crossing the border easier and more stream-lined. Many countries throughout the world have made similar switches because of neighboring states. 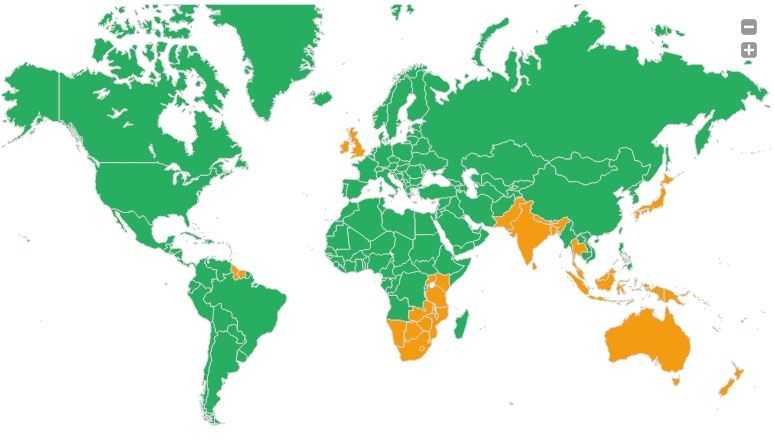 Why Do These Countries Differ?

There are many reasons for driving on the left side of the street over the right. In feudal England when people traveled by horse, right-handed people usually mounted the horse from the lefthand side. Most people are right-handed, so this was the norm.

Their sword would be worn on the corresponding side, and on the road, a swordsman would want to have his sword protected from another traveler, keeping it on this side. If an attack did occur, they wanted their right arm closer to the opponent to protect themselves and anyone else under their care.

As more people began to travel in coaches, the aristocracy would travel on this side of the street. Peasants kept to the right, because they would often walk, rather than use a carriage. After the French Revolution and the storming of the Bastille, the aristocrats in France joined the peasants to maintain a low profile. Eventually, France and most of Europe began driving on the right. Because England was divided from the rest of Europe, the country managed to resist this change in the side of the road most people drove on.

Later in 1752, Russia’s ruler officially changed the law to make the country’s traffic travel on the right. About 100 years later, Russia made Finland switch to right-sided traffic. Similarly in 1835, Britain mandated left-side driving by law, and many of the states that were part of its empire followed its lead. The one exception to this was Egypt, which was under Napoleon’s rule at the time, before ultimately coming under British rule.

Even though Japan was never part of the British empire, the British provided significant influence, including information and support to build Japan’s railway system. In 1924, Japan would independently mandate left-sided vehicle operation by law, but it was likely Britain’s influence that brought it to this country.

Many switched from left-sided vehicle operation to right-sided vehicle operation in the 20th century. Sweden, for example, made the switch in 1967, and on the day of the change, all private transportation was shut down for five hours to rearrange traffic signs. It would take a full month to make the complete changeover, and Sweden lowered the speed limit to help drivers adjust.

Strangely enough, the independent country of Samoa, switched from right-side driving in 2009 because left-hand driving cars made in Japan, Australia and New Zealand were cheaper to import.

Great Britain has considered changing sides in the past, but has repeatedly determined that the cost of making the change would be prohibitive. They are also concerned about the potential for accidents and loss of life as an entire country of drivers attempt to learn to drive on the other side of the street, which would require complete relearning of many driving habits.

Some people even believe that driving on the left is safer because your right-hand stays on the wheel while your left-hand does the shifting and can change the radio. Your dominant eye, the right eye, is also closer to watching traffic for better visibility. 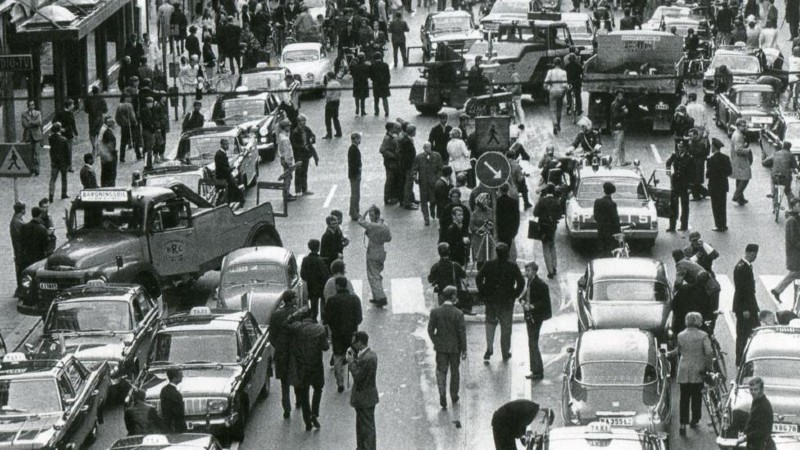 Whether you need to source signs for drivers coming from another country, or simply need accurate signage in accordance with local or federal regulations, you need to work with a company that understands your needs. Contact Worksafe Traffic Control Industries to find signs that will serve you well.