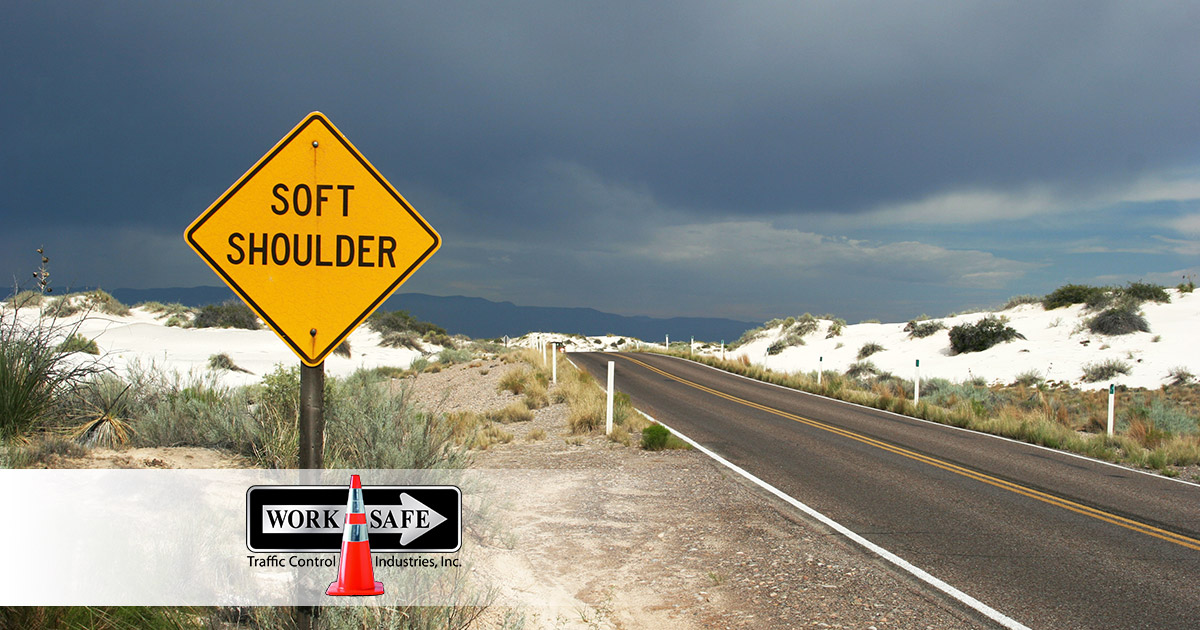 You may have been driving along at some point, and you’ve seen a sign which declares that there is a Soft Shoulder up ahead, and you may have wondered exactly what that means. First of all, the sign itself is a cautionary sign, and its purpose is to inform you that the berm up ahead is made of a material which is not the same as the hard asphalt or concrete that you’re currently driving on.

That means you should avoid driving on it, because there could be unexpected driving conditions on that soft shoulder, and it could cause your vehicle to swerve or react to a change in the road surface. As long as you stay on the legitimate road surface itself, you should have no issues with a Soft Shoulder sign, or the area it’s trying to make you aware of.

What is a Soft Shoulder?

What does a soft shoulder sign mean? Generally speaking, soft shoulders will be made of gravel, packed dirt, or some combination of the two. This is in stark contrast to the material which is used to pave the road itself. It is the fact that there is such a difference between these two road surfaces that provides the potential for danger. A Soft Shoulders sign is meant to warn drivers about the difference in these two surfaces, and to alert everyone that driving on the shoulder is likely to be hazardous and unstable.

Not only is it dangerous to drive on a soft roadside, but it’s actually illegal, so keep that in mind as well when you see one of the signs. Soft roadside should only be driven on in the case of an emergency, and even so, you should be prepared for your wheels to lose traction when moving into a soft roadside lane. There will also be some hazards if you attempt to break while on a soft shoulder, especially when two of your wheels are on the soft shoulder, and the other two remain on the road surface itself.

Because there is a disparity in the level of traction on the two sides of the car, it’s possible that your vehicle might go into a skid, and that you could ultimately lose control. In most cases, soft shoulders are also at a lower level than the actual road surface, so there will probably also be some hazards associated with steering when you have at least two wheels on a soft shoulder.

Berms are often included on the sides of well-traveled roads so they can be used for an emergency stop, as well as for traffic control by authorities. Most countries install berms on the right side of the road unless it happens to be for a right-hand driving country like the United Kingdom or Australia, in which case they’ll be installed on the left side of a road. 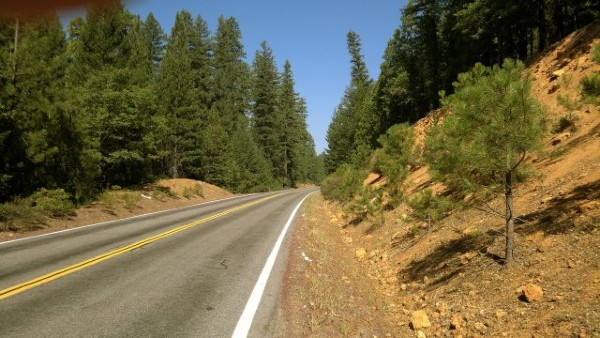 Probably most motorists have seen soft shoulder signs, and are aware, if only vaguely, about what it means and how to react to it. Fewer people are aware of the meaning of the term hard shoulder, although it’s not much more complicated than the soft shoulder concept. A hard shoulder is that strip of land immediately adjacent to the roadway surface and situated on the right-hand side of the road in the United States.

This will generally be a paved surface, made of the same material that the roadway itself is constructed of so that there shouldn’t be any hazard with stopping on this hard shoulder or temporarily driving on it in an emergency. In fact, that is at least part of the intent for having a hard shoulder installed in the first place. They are meant to provide a refuge for any vehicles which become broken down in transit, so they can safely be channeled away from the traffic flow.

Hard shoulders also double as an emergency lane. Traffic can pull over to in case of an emergency, and get off the road to allow an ambulance to pass by. For any other instances than these, it is illegal to drive on a hard shoulder, even if it is considerably safer than soft shoulder driving.

There will also be occasions when traffic police may direct you to drive by on a hard shoulder because an accident or because a collision has taken place on the road up ahead. Obviously, this is a situation that supersedes all ordinary traffic regulations, and since you’ve been directed by a legal authority, it is perfectly permissible to drive on the hard roadside.

There are also times when a traffic sign will direct you to drive on the hard shoulder because the ordinary driving lanes are out of usage for some reason. If you do end up driving on a hard shoulder for some period of time, be alert for a sign or other indication that you should return to your normal driving lane.

Should you Drive on a Soft Shoulder?

In the vast majority of cases, it is not advisable to drive on soft shoulders, for many of the reasons stated above. Your own safety will be jeopardized by driving on a soft shoulder because it’s possible you might lose control when you have uneven conditions of traction between the wheels of your car. You may experience difficulties with steering, braking, and starting the car away again after having been stopped.

The fact that a soft shoulder is usually lower in height than the roadway immediately adjacent also presents some problems with safe driving, and it’s another reason why you should avoid navigating down a soft road shoulder. The only reasons that you should be on a soft shoulder at all are to remove your vehicle from the traffic flow when an emergency vehicle needs to pass by, or if your vehicle itself requires some kind of emergency service.

It’s always better to have your vehicle out of the way of traffic flow if it is somehow disabled, or has lost some aspect of operational capability. In such cases, make sure that your car is well off the actual road surface so that there’s no possibility of being impacted by any vehicle still in the traffic flow. 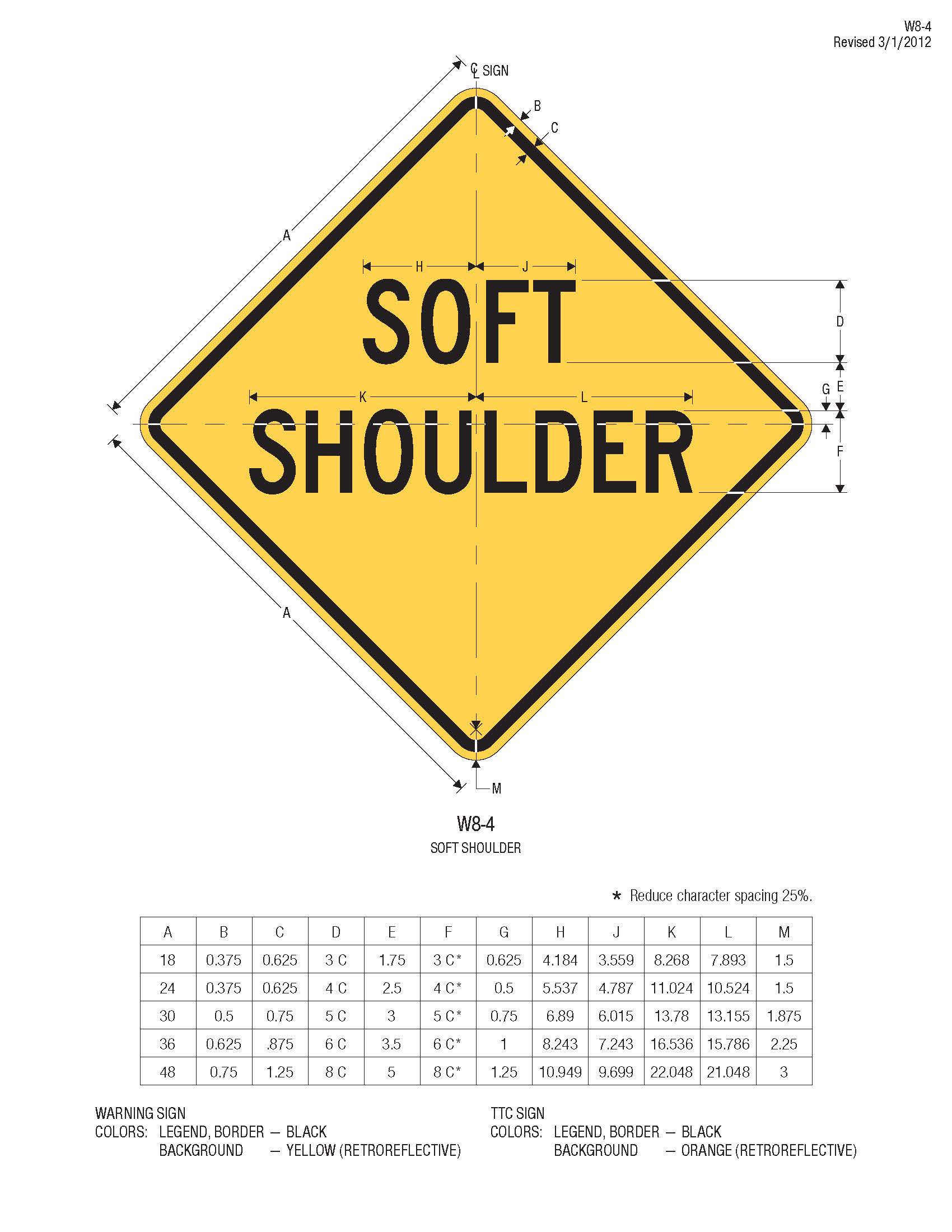 Hopefully, the information above has clarified how you should react to seeing a soft shoulder road sign, and what the constraints are for driving on any roadside berms. If you or your organization has need of any traffic control signage, the one place in the U.S., which you should look at first is Worksafe Traffic Control Industries, Inc.

Founded in 1993, the company has had more than 25 years to develop the very best traffic control signage and accessories, which it makes available to all agencies, government bodies, and individuals, to help maintain safety standards in your community.

Contact us at Worksafe Traffic Control Industries to inquire about the various types of traffic control products which are offered, or to obtain a quote for some specific group of products you have in mind. If the company doesn’t have your particular product in stock, it offers a custom service which can prepare any kind of traffic control signage, according to your exact specifications.