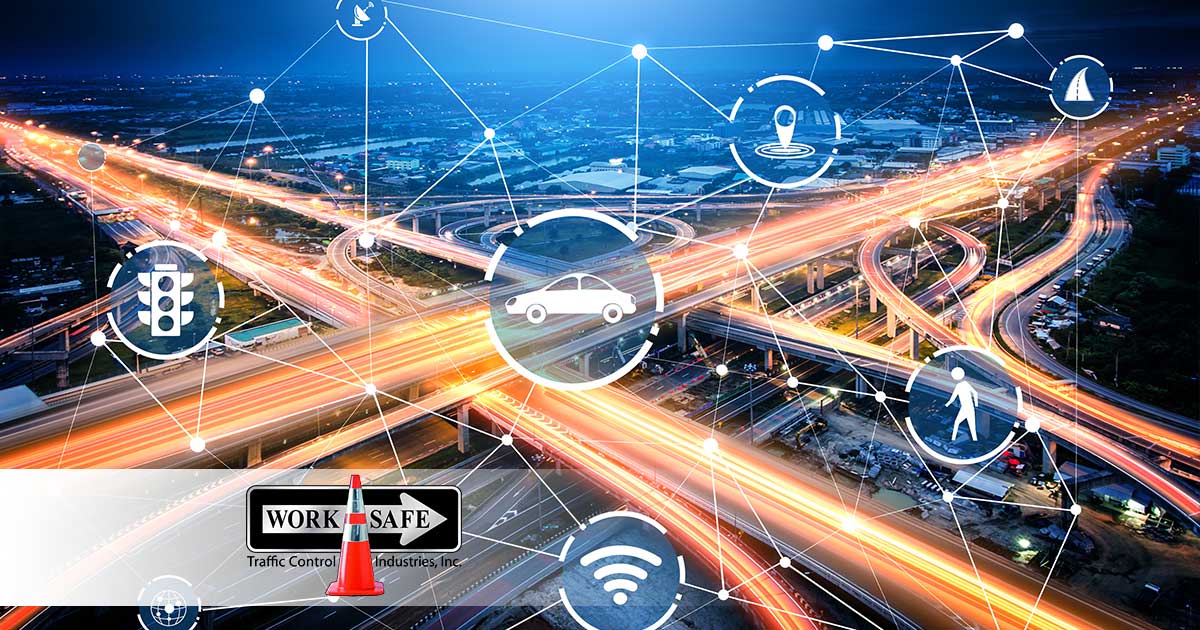 Traffic congestion is a daily occurrence be it in large and medium-sized cities all over the world. Traffic data is an effective way to analyze and predict traffic flow.

Traffic data is measured utilizing detectors located along the road that track how travel speeds on road segments change over time, which in turn affects the overall flow of vehicles on the road.

How Is Traffic Data Collected?

Traffic data collection mechanisms can be categorized into two methods, known typically as the Intrusive and the Non-intrusive method.

The Intrusive method involves placing a sensor and data recorder on the road. This gear can typically include Pneumatic road tubes, an Induction or magnetic loop, and piezoelectric sensors.

These are rubber tubes placed across road lanes to detect vehicles when a vehicle tire moves over the tube. The pulse of air is generated, recorded, and processed by a counter located on the side of the road.
Pneumatic tubes have a limited lane coverage and are suitable for ideal weather, temperature, and traffic conditions.

The loops are fixed in roadways and produce a magnetic field. It works by transmitting information on a counting device placed on the side of the road. The life expectancy of induction loops is short because they can easily be smashed by heavy vehicles. Also, the implementation and maintenance costs can be expensive.

It is a gadget that measures changes in pressure and acceleration by using the piezoelectric effect to convert the measurement into an electric charge unit. It is placed in a groove alongside the roadway surface of lanes monitored.

The purpose is to convert mechanical energy into electrical energy. A piezoelectric sensor unit can be used to measure weight and speed.

This sensor unit is available in two categories: mechanical and electrical.

This is where trained observers gather traffic data that cannot be gathered through automated counts, for example, vehicle classifications and pedestrians. Common materials used are tally sheets and mechanical count board.

This traffic data collection mechanism employs infra-red energy around the detection area to register the presence of speed and the kind of cars passing by. Its shortcomings include the fact that it cannot perform in bad weather and has limited lane coverage.

Magnetic sensors are placed under or on top of the roadbed allowing it to count the number of vehicles, speed, and vehicle type. The downside in the measurement mechanism is that the sensors are at times unable to differentiate vehicles that are closely spaced.

It can detect vehicles in transit and their speed. The advantage of a microwave reader is it can be used in varied weather conditions.

A video camera is positioned to record the number of vehicle numbers, type, and speed using various integrated technologies.

Collecting Traffic Data Based on a Wireless Sensor Network

Data collection nodes are responsible for collecting road traffic data and the nodes transmit data to the aggregation node based on the ALOHA protocol and finally transmit it to the remote server through mobile internet.

The system architecture has strong extensibility and low cost of set up, maintenance, and operation which is suitable for urban traffic monitoring.

The data collection nodes use the RFM69HCW wireless module and magnetometer sensor FXOS8700CQ. RFM69HCW is a low-cost, flexible radio module that is compatible with industrial, scientific, and medical bands.

ALOHA protocol is integrated into this working mechanism of wireless communication. ALOHA is the primary and most basic wireless data communication protocol. Its operation mode is the most basic. As long as the user has data to send, they can send it.

Chaos data analysis uses an improved backup data system to add noise to the signal to be examined progressively while using delayed information to measure the complexity of mixing signals under different noise intensities.

The method can collect traffic flow but cannot track record the location and speed of vehicles. Depending on the vehicle disturbance to geomagnetism, based on the estimated vehicle flow and relying on the wireless sensor network (WSN), the vehicle speed and location are track recorded at every specific time slot.