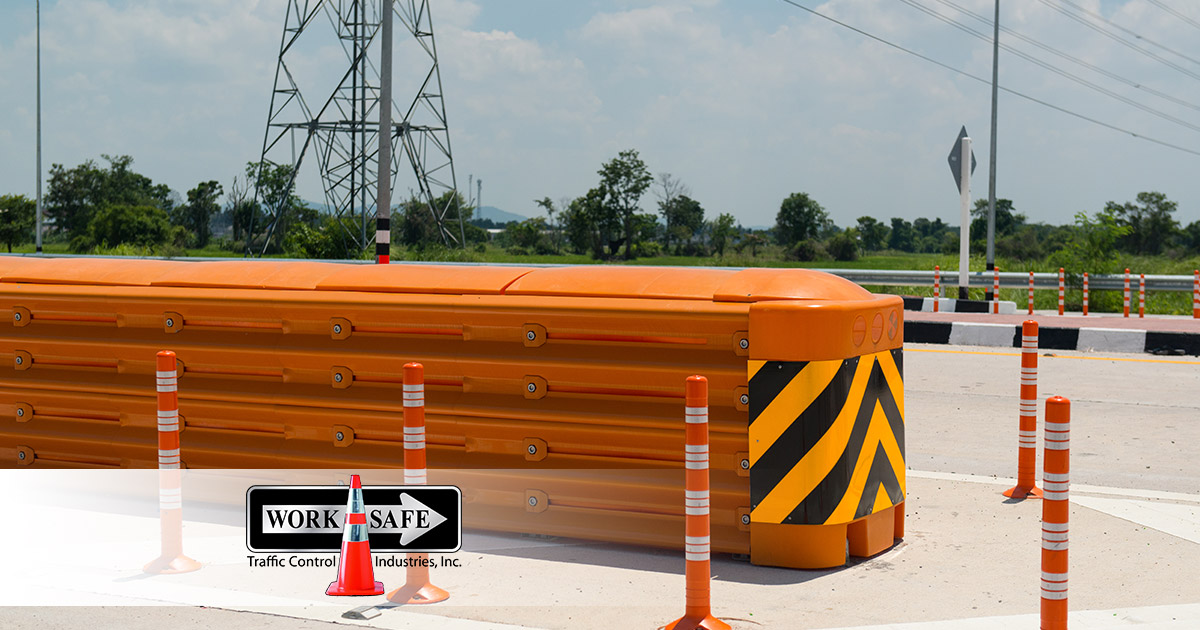 Highway impact attenuators are devices which are generally used to reduce the impact resulting from a motor vehicle collision, where those impacts might damage other vehicles, motorists, or structures nearby. Sometimes referred to as crash cushions, impact attenuators are engineered so as to absorb a great deal of the colliding vehicles momentum and kinetic energy.

In some cases, they are also designed to redirect a colliding vehicle away from roadway machinery, workers, or some other fixed structure. Although there are many different types of freeway attenuator, they can all be classified into three distinct categories, which are based on the engineering method which is used to reduce the kinetic energy of a colliding automobile.

The first category is that of momentum transfer, in which the impacting vehicle’s momentum is transferred to containers having sand or water in them, thereby successively lowering the speed of a colliding vehicle. The next category is material deformation, and these use crushable materials which absorb energy by creating a crumple zone.

Other material deformation attenuators will flatten a section of a corrugated steel guardrail. The third category are friction, and these work by causing a steel cable to be pushed through an angled slot, thereby transforming kinetic energy into harmless heat.

What is a Highway Impact Attenuator?

As previously mentioned, highway impact versions are devices which are designed to absorb the kinetic energy imparted by a colliding vehicle with machinery, structures, or individuals at a certain location.

There are several types, and most of these can be frequently seen along roadsides at locations where it is necessary to protect those kinds of objects and individuals.

Crash cushions are attenuators constructed of several segments, all of which crumple into each other when struck by a colliding automobile, and these are often used because of their reusable nature. After being struck by a colliding vehicle, they can return to their original form and can be used again. Fitch barriers are sand-filled plastic containers, most often colored yellow with a black lid.

They are generally set up in a triangular arrangement between a highway and an exit line, also known as the gore point, and always along the most likely collision line.
The containers which are most forward usually have the least amount of sand in them, with each successive barrel having a higher level of sand.

This allows an impacting vehicle to decelerate more or less smoothly, rather than striking a solid obstruction in a violent manner. Water-filled are of course, filled with water which absorbs the force of a colliding auto. Since these are not anchored to the ground, they can easily be redeployed to locations where they are needed.

The water in the containers helps absorb all the kinetic energy so that there is less damage to objects behind the containers, and to the occupants of the colliding vehicle. In cold climates, when water-filled options are used, it will be necessary to include an additive such as magnesium chloride to prevent them from freezing.

Gating versions permit vehicles that collide with them from the side, to pass right through, and are often used because they’re so economical. However, they do require more clearing space around them in order to be effective, because, without sufficient space, it might be possible for an impacting automobile to pass through and collide with another hazard.

Non-gating versions do stop the motion of head-on impacts, but also deflect vehicles which strike the sides of the barrier. These types are more expensive because they are anchored, but they require less space than gating versions.

Where are These Cushions Placed?

Highway impact attenuators are often placed forward of objects along the freeway such as overpass supports, crash barrier introduction, and gore points.

They are frequently used at the side of road construction projects, where there is a greater likelihood of collision with construction equipment and or individuals. There are also truck-mounted versions that are deployed on vehicles that happen to be susceptible to being hit from behind, for example, maintenance vehicles, road construction vehicles, and snowplows.

There are several different types of highway attenuator, and the one used at a specific location will generally be determined by the type of protection needed by structures, machinery, or individuals. Fitch barriers are most often used at temporary construction worksites, for example at the end of a concrete barrier. They are also used at bridge piers, wide medians, and for two-sided protection.

Crash cushions are often implemented along the shoulders of a roadway where it is necessary to protect against collisions with the hazard directly behind them. They can be ground-mounted or surface-mounted and situated on top of a concrete pad.

Highway attenuators comprised of high-density polyethylene will collapse upon impact with the colliding automobile and absorb all the momentum of that automobile, provided that it is moving at a relatively lower speed. For this reason, such pieces are always placed at sites where there is a high frequency of impacts, but the speed of impacting vehicles is generally much lower, i.e. not at typical freeway speeds. 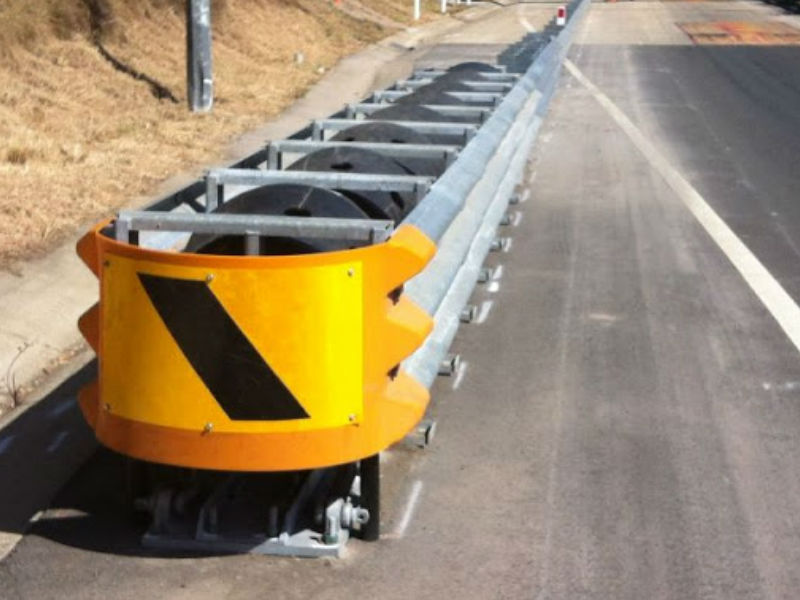 Highway attenuators are designed to minimize damage to structures, machinery, and individuals at specific locations where it is likely that impacts may occur. The way these minimize damage is to absorb the momentum or the kinetic energy imparted by an impacting vehicle so that momentum is not transferred to any hazard or object being safeguarded.

There are many different types of highway attenuators, but all of them are designed to accomplish the same purpose of absorbing energy and protecting other objects nearby.

If you need to purchase a freeway impact attenuator for a specific location in your community, the company you should call first is Worksafe Traffic Control Industries, where a number of high-quality options can be affordably purchased.

We only sell or rent MASH Tested, Passed, and Eligible with FHWA Acceptance.

Contact us today with any questions you have about freeway impact attenuators, or to obtain a free quote on specific products that you need