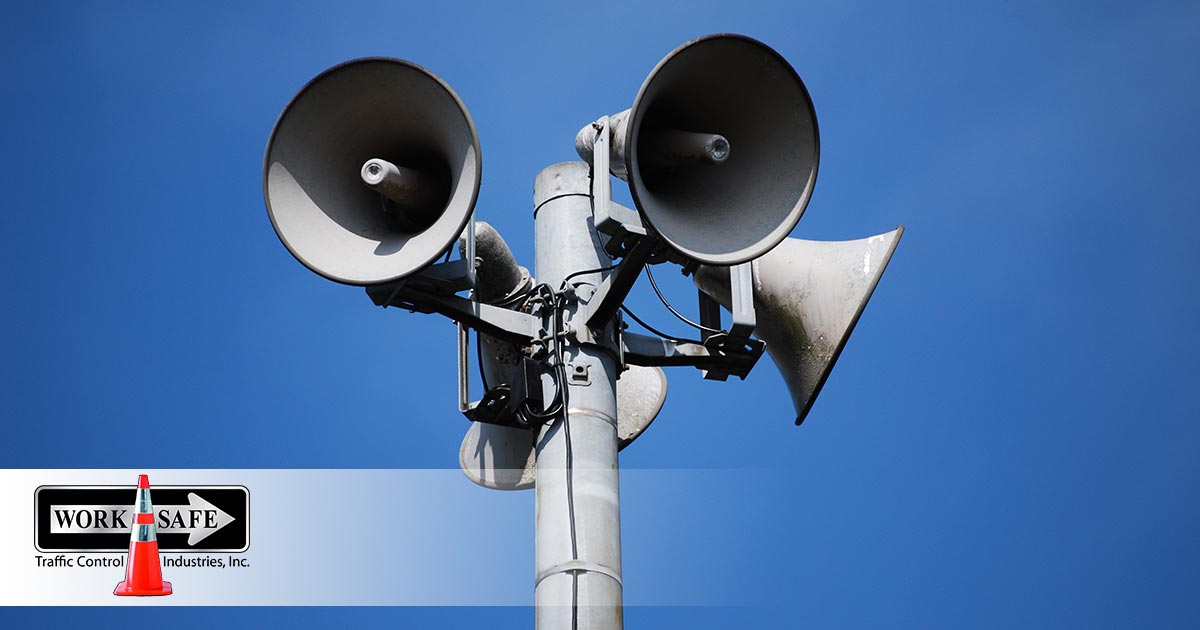 There are several types of early warning systems, each with unique features. Early Warning Systems are a way to measure the severity of an upcoming disaster and provide information to people who may be affected by it to help them prepare for the event.

The most common type of early warning system is a siren. This can be a single, large horn or a series of small horns throughout the community. In some areas, sirens are part of an earthquake warning system. In others, they may be used as an air raid warning system during wartime or an alert system for other emergencies such as floods and tsunamis.

A siren emits loud sounds that can be heard long distances from its location. The sound travels through the air at different speeds depending on how far away it is from its source. This means that people farther away will hear it first than those nearby.

Loudspeakers are an early warning system that can be used to warn people about impending natural disasters. This type of system works by broadcasting an alert to all nearby homes in the area. Loudspeakers are often used for evacuations and other situations where people need to be alerted quickly so that they can act accordingly.

One benefit of using loudspeakers as an early warning system is that they can reach people who may not have access to other communication systems, such as cell phones or computers. They are also relatively affordable to operate and maintain, requiring no specialized equipment or infrastructure.

For example, Queue Warning Systems manufactured by Work Safe Traffic Control Industries Inc. is a traffic control device that alerts drivers of an upcoming queue due to accidents, severe weather, and other emergencies helping them to avoid unnecessary congestion.

SMS early warning systems are the least expensive and simplest way to get a message out to your customers. They rely on a network of phone numbers pre-registered with the system, or they use an automated dialing system to call each number in the area being warned. SMS messages can be sent out as text messages and delivered in other forms, including audio recordings or even voice calls.

This system has the advantage of being modern and simple to use, as most people carry cell phones at all times. It is also cost-effective because the technology used in this system is already available, making it easy for governments to implement the system without much cost.

A TV broadcast is an early warning system that sends alerts over the airwaves, similar to a radio broadcast. The United States has used this method to notify people of weather-related emergencies and disasters since 1950. The Federal Communications Commission allows broadcasters to interrupt their programming with emergency alerts if necessary.

The main benefit of a TV broadcast system is its ability to reach many people quickly. This can be especially helpful when many people need to evacuate or seek shelter due to dangerous weather conditions such as tornadoes or hurricanes.

Radio Data Service (RDS) is a digital radio broadcast technology that allows transmitting additional data over AM, FM, and shortwave frequencies. The system has since been adopted worldwide and is used by hundreds of radio stations worldwide.

The benefit of RDS is that it provides increased safety and awareness during emergencies. Users are notified when an emergency is happening in their area, allowing them to take necessary precautions or evacuate if necessary. They may also be provided with updated information about the situation so they can make informed decisions about what actions to take.

A good early warning system is the difference between a disaster and a manageable event. All organizations need to have early warning systems in place, but it’s especially crucial for companies that deal with natural disasters and other events that could lead to property damage or injury.

Visit Worksafe Traffic Control Industries for more information on early warning systems that are produced in accordance with the Model Uniform Traffic Code, and are certified as such.