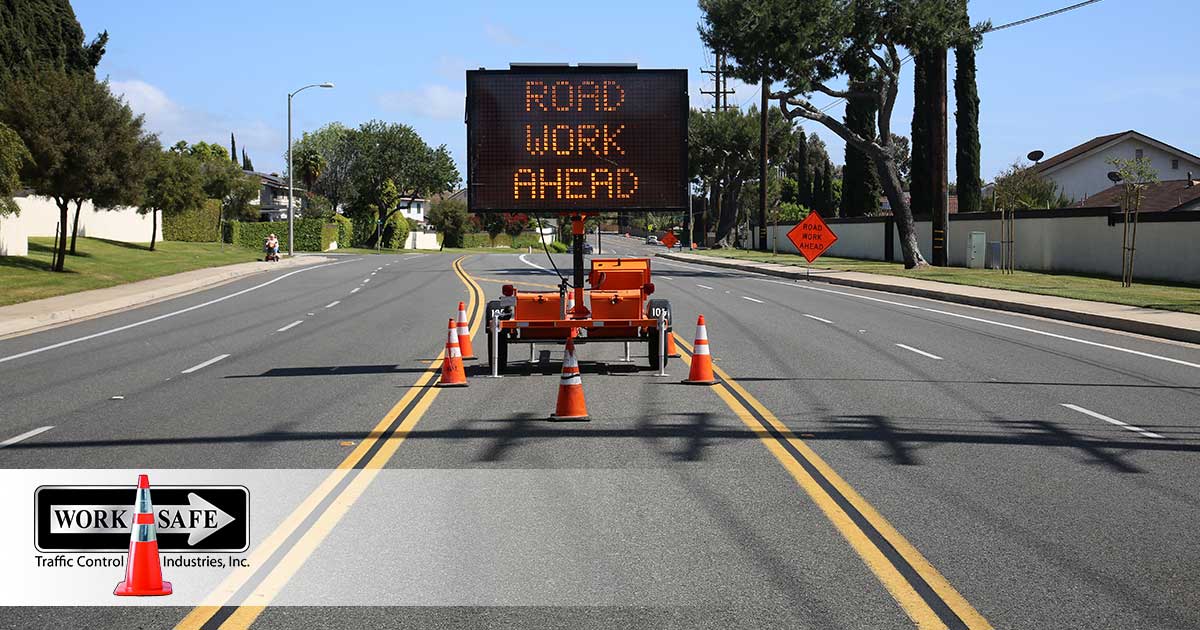 For many government agencies and their contractors, safety for their workers and their clients is of the upmost importance. One of the best ways to ensure that safety is to keep constant and accurate communication with everyone who is using a roadway that is being repaired. Variable message signs can be a great way to do this.

What are Variable Message Signs?

These signs come in a number of different configurations and sizes. For example, there are signs that can be permanently installed above traffic signage on major highways. These signs are often used to warn drivers of local news alerts, adverse weather conditions, and even traffic issues on the road ahead. Used properly, these signs can allow drivers to choose an alternate route in times when traffic conditions or other factors make the road unsafe to use. They’re often a much cheaper and safer alternative to using a police officer to direct traffic.

Portable variable message signs are often a critical part of many towns and counties’ disaster preparedness plans. Used properly, these signs can alert drivers who are evacuating an area to the best routes that they should use to leave an area as quickly and safely as possible. After a storm or other weather events, these signs can be used to alert drivers to road flooding, closures, and other unsafe conditions. Because they’re portable, it’s relatively simple to move these signs to the areas where they are needed the most.

In general, variable message signs work by having a user program a message, which is then displayed on the sign. There are a lot of variations in exactly how this process works, however.

To start, every electronic sign will need a power source. Traditionally, signs would need to be plugged in to a local power grid, or they would have to be connected to a generator that would produce the needed power. Today, however, many signs are solar powered. This gives municipalities to move these signs to where they are needed without having to worry about power being available. Solar-powered signs typically come with rechargeable batteries that allow them to be used throughout the night and during large storm events.

Many people are familiar with the control panels that had to be individually hooked up to each sign in order to program it with a specific message. While signs that operate like this are still in use, it is also possible to order a sign today that can be programmed from a central location. These signs are often more secure than the ones that have to be individually programmed, and it is often much safer to change messaging during a dangerous event.

Why Choose Worksafe TCI for Your Variable Message Sign?

Worksafe TCI has been making, selling, and maintaining variable message signs for local governments and their subcontractors across the country for years. Upon placing an order, your sign will have a maximum of seven days to be delivered. That makes them an ideal choice for governments that need to get the word out quickly about upcoming and ongoing road closures, detours, and other unsafe conditions that local drivers need to be aware of.

All of the signs and other products made Worksafe TCI Model Uniform Traffic Code compliant and are made to the highest quality specifications. These signs are meant to last for years through all types of adverse road and weather conditions.

As a woman-owned business, Worksafe TCI offers highly competitive quotes and bids. They are willing to work with your organization to ensure all local laws and regulations are met throughout the purchase and installation process.